Howling Giant - The Space Between Worlds (2019) 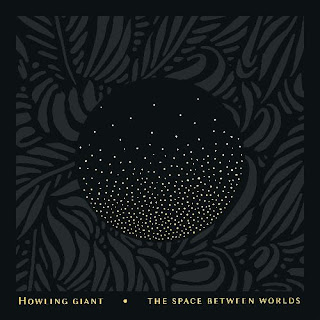 Following a string of EPs and a single for their cover of BOC's “Godzilla”, the Nashville-based group of Howling Giant are releasing their first full album, and taking their spacy stoner van art vibes to the next level by making it a concept album. Built around the idea of dreams creating alternate realities, the songs of The Space Between Worlds take form with a bit more lightness to their tone and attitude than the cover art and title might imply, but the abundance of riffage and
Moving faster than the stoner metal style usually does, opening track “Comet Rider” gets things off to a groove-packed start, with rushing bridges and barrages of drumming creating an atmosphere of '70s hard rock blurred into '90s desert rock, feeling something like a time-warped Kyuss at the end of the blend. “Nomad” carries on from there in similar fashion, setting up a comfortable run, before “Ghosts in the Well” shifts to a more stripped-down, acoustic bit of sober regret, accented with piano to really highlight the band's flexibility.
“The River Guide” switches the clutch back into heaviness, with a throbbing main bass riff that carries the listener right into another soft breakdown, this time with a bit of glimmering synth to give things that ethereal touch. Riding that slow mood through a few measures before slipping the drums back into to resolidify, the heavier tendencies get to really take hold again in the follow-up, “Ice Castle”, which might be my favorite tune on the album, due to its blending of all the album's elements while balancing them out to a satisfying and memorable chunk of earworming. It's a little unfortunate that it gets buried in the album's mid-section, but hopefully it'll come out as a strong enough hook to linger in most listeners' memories.
Boasting the oddest title of the songs, “Cybermancer and the Doomsday Express” swings to a lighter tone while maintaining the hookiness, and with the line “It's better to explode than fade away,” the ensuing bit of soloing seems a little underwhelming, though the drum flourish for the finish salves that to a degree. As “Everlight” stretches out to nearly eight minutes, the band shows their more leisurely side, along with some proggish focus on overt meter antics. It's fluid and fun enough to make the length a non-issue, but at the same time, it doesn't feel like the length is really being put to any use other than distinguishing it on that length alone. Penultimate track “The Orb” does a better job of that, with numerous change-ups in rhythm and pacing, as well as a shot of bass reinforcement in its latter half, and at just a minute shorter than the preceding song, it shows how much sharper the band can be when they put their minds to it.
Finally, “Stone Giant” delivers a tasty closer, with some high-action guitar-work and malleable song-shaping resulting in a pleasing finish to the dream-based tale. Those who go into the album after seeing the “stoner metal spacelords” moniker found in the press release may be taken aback by the lightness of it, but there's fun and grooves to be had, so give it a go if you're looking for a way to extend the summer warmth.
~ Gabriel 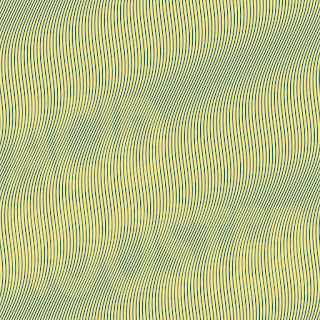 Coming to us from Leipzig in Germany, while the three-piece of Acid Rooster are releasing their first LP this year, they've been playing together for a couple of decades or so, and have been friends since even before that. Such familiarity seems almost essential to the nature of their songs, which on this release are partially pre-written and part improvisational. As you might guess just from that description and their locale, there's a lot of psychedelic and krautrock flavors swirling about in the music of Acid Rooster,
Leading with the evocatively titled “Oculatus Abyss”, which, like all of the songs on the LP, is instrumental, AR immediately lay down a hooky bass and drums groove before quickly adding in some twisting guitar gnarls. Letting that groove foundation ride for a while to set the stage, they then take off in a variety of exploratory interpolations, bringing in pedal effects and switching them out as strikes their fancy. Despite running over five minutes, it feels much quicker than that as soon as they drop into silence with its end, which makes the eleven-minute-plus status of follow-up “Moon Loop” seem less intimidating. Taking a slow, almost drone-like start, the song audibly charges itself up as it rides along, and as sprawling as it gets, the band does an excellent job of keeping a grounding rhythmic pull going underneath the starry-minded expansiveness. It gets almost hypnotic at points, just working its magic to impressive effect, and just like the opening track, the way it draws you in makes it hard to believe that it runs as long as it does.
With “Sulfur”, the following track, things pick up into a harder groove, with some truly tasty guitar soloing laced throughout its cosmic rock-out. This is probably the track most likely to get your head knocking back and forth, and the pop-up saxophone wailing helps that impulse right along. Things cool back down with “Time Lapse”, which roams a lush soundscape of warm vibes and quavering string reverb. It's a very friendly atmosphere, particularly coming off of the somewhat spiky “Sulfur”, and as the opener of the B-side, it makes for a great transition, with some surprising poignancy tucked into its sustained measures.
“Focus” continues the chillness, just cruising along on echoing guitar lines and firm but laid-back drum pacing, but finds some extra fuel about halfway through, and starts setting off towards the sky. Guitar, bass, drums, and synths all find extra speed and sparkle, twisting into a dazzling fireworks display before coming back down to Earth. “Äther” closes out the album, with a nice bit of reflectiveness in its run-time being just a few seconds off from the first track. Unlike “Oculatus Abyss”, it takes a dark tone to its psychedelic grooving, and while it's a bit of a sharp shift from the mood of the rest of the LP, it's also a strong showing of how well the band can handle heavier and angrier flavors while maintaining their high-octane performances and sense of character. All in all, it's a fantastic album, and a thoroughly impressive first LP. If you dig on psychedelic rock, do not let this one slip past you unheard. And if you check that box and also like to get your music on vinyl, move fast, as I expect the three hundred copies pressed on that format to move fast. Here's to Acid Rooster!
~ Gabriel

Bones For The Altar... 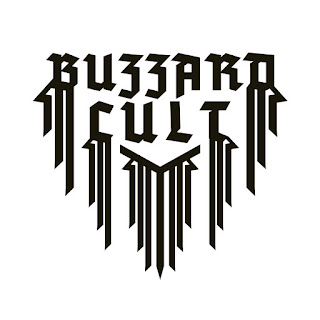 Coming to us from the Atlanta region of Georgia, the trio of Buzzard Cult play a mixture of grungy heavy rock and crusty downtempo punk, turning out a fusion that's lively, easy to groove to, and clearly averse to poppy over-polishing. Leading with the EP's advance single, “No Turning Back”, the band shows guitar crunch meshed with bass-line toothiness, and drumming that fills in and embellishes on the rest of the rhythms. Feeling something like a Dirt-era Alice in Chains B-side, “Ill Scheming” follows, alternating between brooding musings and outburst lashings of the titular chorus. The enjoyable cragginess of the instruments rising together each time they hit that chorus should put a grin on your face and a nod in your neck, and BC ride that momentum into the more uptempo reproach of “You're to Blame”, taking aim at the guilty at large and brandishing a crashing upswell for its climax.
The second half of the EP initially slips back into lower speeds, but as “Lucid Dreams” continues, it finds its angry footing again. Slowly cooking until it boils over, this track just might be my personal favorite from the six showcased on this EP, and I imagine that its back-and-forth energy takes on some real power in live performances. “Night is Dark” slips back into a more relaxed bass groove, but keeps the tension evident in the bite of the guitar and coiled bursts from the drummer. A pedal-treated guitar solo lends things some extra juice, pushing the intensity of the song's ending up even as they slow the tempo down.
Final track “Lazy Mind” brings things to a solid head, working stern riffs and accusatory lyrics while gradually ramping up the tightness, and with its bass hooks digging in, it's hard not to wind up with this one stuck in your head. All together, it makes for a fun demonstration of the band's style and capabilities, and delivers some quality music in a style you don't come across too often. The band will also be playing some live shows in September, so if you're in the general Georgia area, check them out!
~ Gabriel