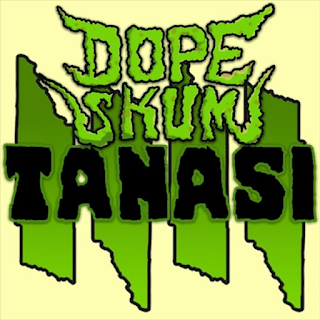 Rising up from Chattanooga, Tennessee, this two-piece group works a guitar-and-drums approach to sludge (with a few choice booms of bass), letting the punkier side of the style's roots show through in the leanness. Tanasi (try saying it out loud, with a bit of twang) is their first EP, following up on the advance single of “Feast of Snakes”, which is also the first track on the EP.

In said song, the duo work a grinding groove, with gritty production and dirty vocals keeping things grounded. The vocals and instruments twine together well around the main riff, which has a big enough hook to leave it stuck in your head for days. After that, “Anxiety” takes over, creeping along on a snaking rhythm, and letting it build up a while before adding in the vocals. It's one of the spacier tracks of the EP, but with relatively little feedback drenching it, making for an interesting dynamic.

“Chickamauga” takes center space in the track line-up, the title giving another nod to the group's locale. With this track, the band slips further into the moody instrumental groove, keeping enough uneasiness baked in to keep listeners on their toes. Some big drum boosting towards the end, along with plenty of cymbal-riding, makes this more of a showpiece for the drummer, though the guitar strains are a solid touch. “The Levee” picks up from there, and despite a quick run-time, it sets up a fun give-and-take roll on the rhythms, with a big and chunky culmination.

Lastly, “Mountain Cur” picks up the pace for an aggressive finish, gnarling through more feedback than the rest of the EP, though it comes to an abrupt stop. It still makes for a fun first effort from the group, with enough energy and exploration to entice further listening. Give it a go if you're looking for some sludge without all the studio polish most of it seems to get these days. 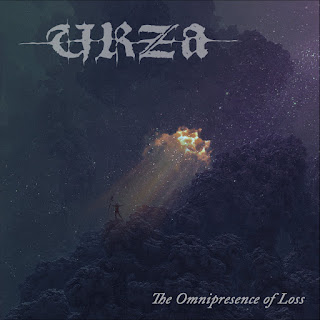 Yeah, so we're technically a couple of years behind on checking out this album, but we've got an excuse. The first physical release of this album will be happening next month, so if you think about it that way, we're actually ahead of things, yeah? In any event, this is the debut album from the German group Urza (a name some nerds in the audience no doubt recognize from a different context), and it's one steeped in funeral doom morbidity.

Opening track “Lost in Decline” is seventeen minutes long, to give you some idea of how things are gonna roll. Rising from bass drones to slow-stomping gloom, and passing through bridge after bridge, it delivers an atmosphere to make you straight-up shiver. Excellent winter music, and probably even better if you can somehow arrange yourself a listen in an underground crypt. The music is almost physically heavy, moving along on tank-tread riffs, and the vocals, deep and booming, are a fantastic fit.

Things continue on in that vein for the remainder of the album, with an evocative track title for each sprawling excursion. “A History of Ghosts”, “Path of Tombs”, “From the Vaults to Extermination”, and “Demystifying the Blackness” make up the remainder, in that order, finding reliably satisfying ways to explore fusions of morbidity and heaviness. If you're already a funeral doom fan, you'll find a lot to savor here; for those new to the style, it'll likely be akin to jumping in the deep end. Songs flow smoothly from one to the next, and it's easy to find yourself sucked into the tarry gravity of the tracks. Coming together at just about an hour of abyssal anguish, it's a stunning debut, and a thorough testament to the band's abilities. The physical release is on cassette, through Nailbat Tapes, and officially drops on March 5th, though pre-orders are already up. If funeral doom so deep-toned you can practically drown in it is your thing, don't miss out on this release. 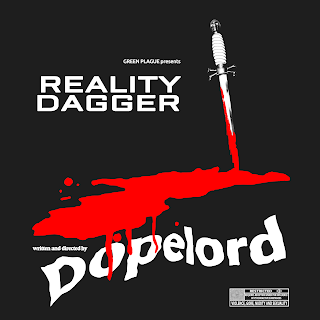 Arriving about a year after their most recent album, Sign of the Devil, this EP finds the Polish psych-doomers of Dopelord still flying in high form. Sporting a Suspiria-styled bit of cover art, the three-track release leads off with “Dark Coils”, a fuzzy groover with thick bass, deep-mixed drums, and hazed-out vocals. Working riffs with all their usual mind-hooking adeptness, the band is right in its element, and the intensification towards the end comes through with great execution.

“Your Blood” takes place for track two, keeping the fogged-out atmosphere going smooth. Some tasty guitar soloing over a bass riff makes for a fine bridge, before the song slides into echoing vocals and reverb worship. Those first two songs put together come to about the runtime of the title track, coming up to close out the EP with nearly eleven minutes of down-tuned psych metal. Low-pitched groove digging from the bass keeps things plowing along, while the drummer keeps things low-key until it's time for him to cut loose. Some goosebump-inducing vocal effects tilt things in a darker direction than the band usually operates, while the guitarist gets some more solo time with a crunching progression leading back to the pedal-powered morass.

It's a quick trip, but one which clearly shows the group still operating in fantastic form, while trying out some fun tweaks on their usual style. Established fans will get good times out of this, while newcomers will find it a compelling reason to jump into one of the full LPs. Green Plague Records will be handling release across various formats come February 19th, so mark your calendars to pick it up before it vanishes as fast as their physical releases usually do.