We love helping people out. We began with bands, then added record labels, and now we're proud to be helping out artists. Well it just makes sense right? They're usually responsible for the first thing you encounter when it comes to band and since the 60's they've really been at the forefront when it comes to evoking some sense of feeling towards a band or artist.

Chris is an aspiring 21 year old illustrator from Liverpool, UK. Specialising in a highly detailed style, much akin to Baroness's own John Baizley and Welsh artist Richey Beckett. Currently undertaking a fine art honors at Liverpool John Moores University he is studio bound and working furiously towards his first set of large prints. Definitely one to watch in the coming months... 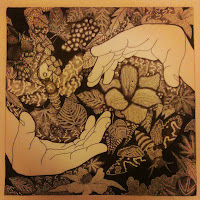 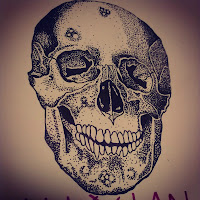 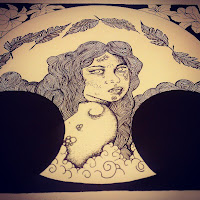 Essay is an illustrator from San Francisco specialising in traditional black and white brush and ink work, his style really is one of the best around. Reminiscent of Ed Roth, his whacked out goons flying down the street on a skateboard with a 40.oz and guts everywhere is just some of the best stuff to look at, It has to be the one style ill never be able to do but love just as much as my own. The detail he provides with ink and a brush is unreal, The guy really puts the time in and it shows in the amount of tone he can deliver with just some mark making. Make sure you hire this guy to do your skateboard graphics, he is the best around and the nicest guy. 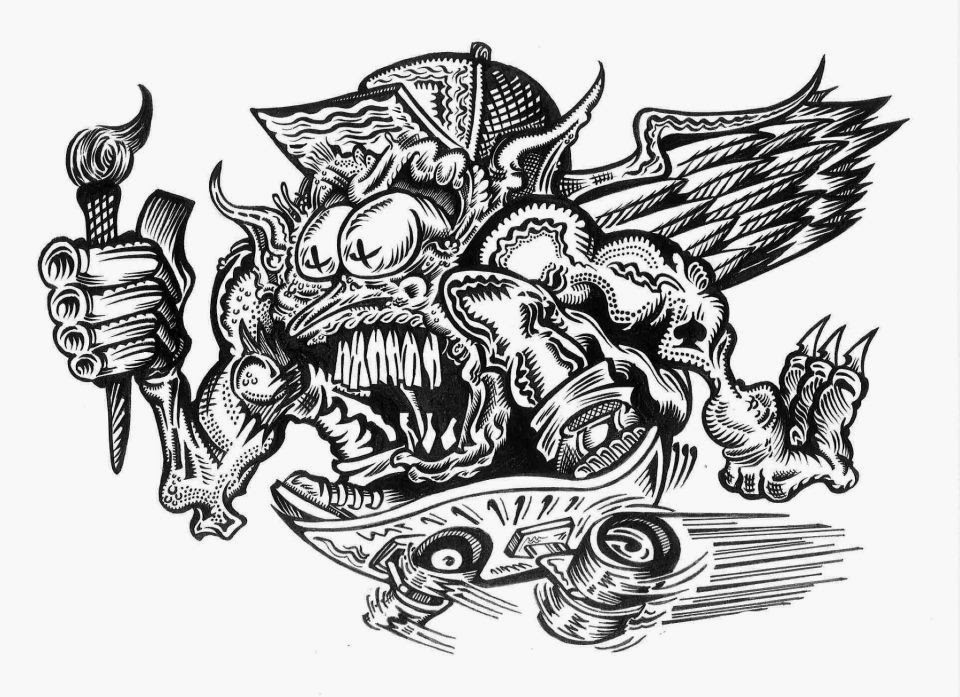 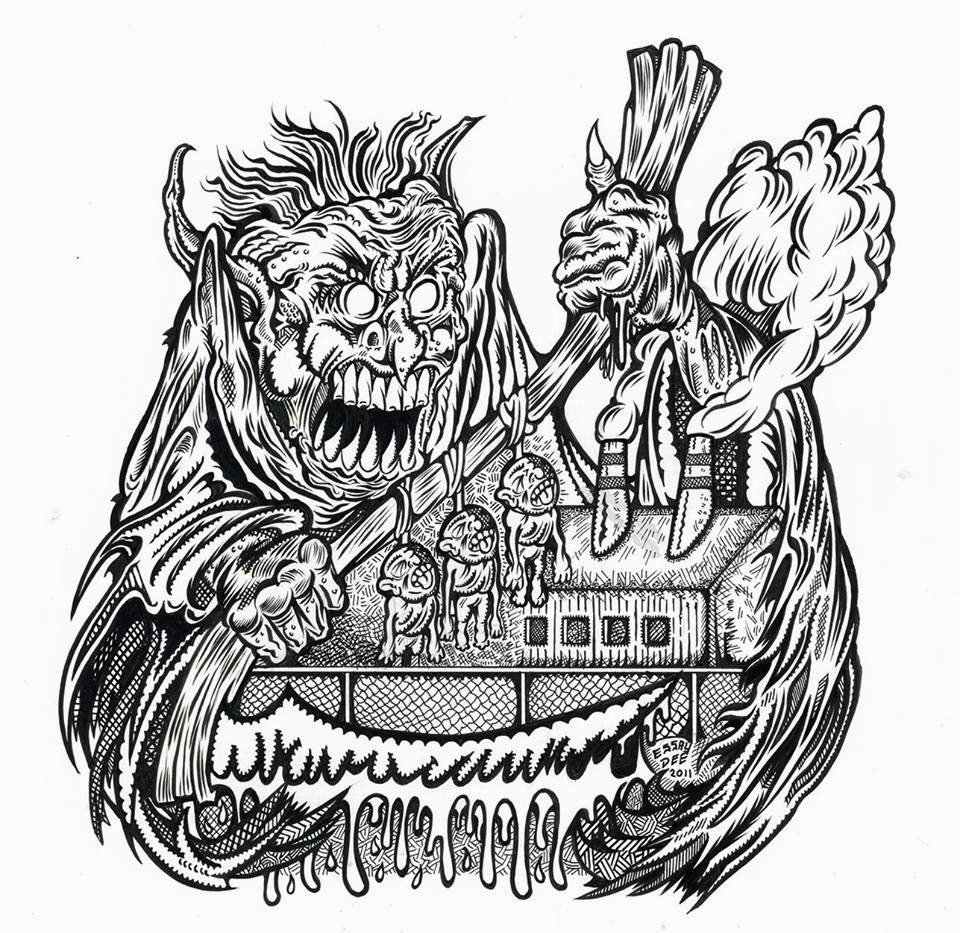 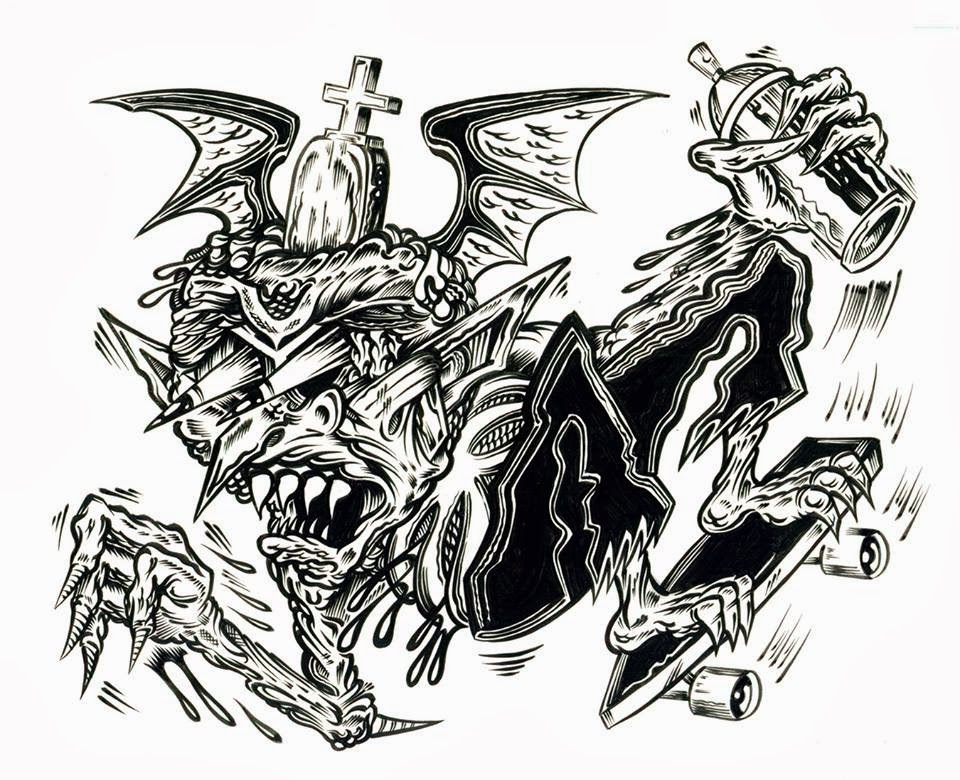 Hailing from Indonisia, Ahmad's work is like a brilliant clash of John Dyer Baizley and Rob Zombie. It's blindingly intricate and twistedly anarchic. We love it, and we're clearly not the only ones because in just the last year alone the guy has racked up an absolute ton of commissions! Here's why!... 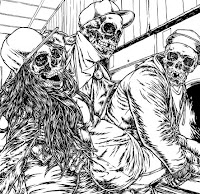 Vincent first came to my attention when I drunkenly ordered all four variants of the brilliant Moon Curse self titled released. Working in a variety of mediums, his work, for me at least, really excels most in his paintings and drawings. Having worked pretty extensively with both he's carved out his own niche which exsude a brilliant combination of surrealism and a modern take on retro themes. 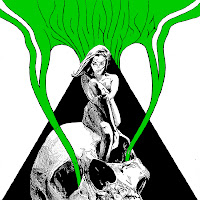 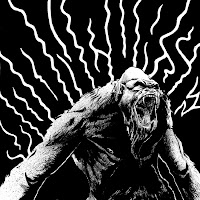