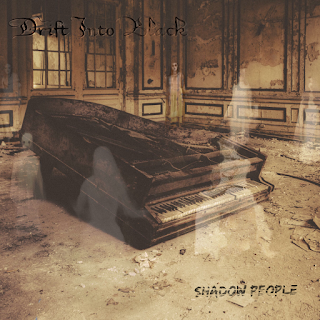 With his first EP, the one-man band of Drift Into Black spins out half an hour of heavy-hearted explorations, with Craig Rossi (Grey Skies Fallen) handling vocals, guitar, keyboards, bass, and all of the song-writing. Fusing elements from doom metal, goth rock, symphonic metal, and several other styles, the music develops an almost laid-back approach to the mood of endured suffering, evoking some of the more sober-minded doom acts like Candlemass and Below.
There's a lot more experimentation going on than most of those groups attempt, though. Muted bass-lines with electronic interference call to mind comparisons to Jesu, and the richly-textured melodies have such a lushness to them that, at times, they push past rock and metal designations into sheer audial expressiveness. But despite the variety of approaches packed into the EP's five songs, Rossi pulls it all together with character and drive uniting them in fine fashion. There's a lot to unpack in the music, and on top of the diverse song-writing styles, the demonstrated ability to make songs of seven minutes or more stay interesting and organic hints at some colossal doom to come from DIB. Give this EP a few goes, and keep tuned for more from this intriguing project.
~ Gabriel

For Fans Of; Below, Dead Hand, Gnaw Their Tongues, Jesu, White Darkness

Drift Into Black - A Funeral for My Enemies (320 kbps) 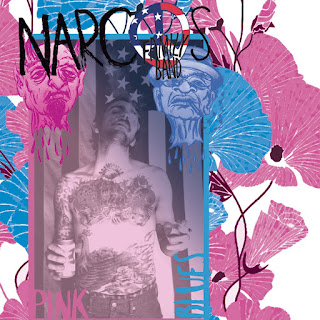 Set for release on the last day of this year, this latest EP from the Philadelphia-based group of Narcos Family Band boasts four quick tracks of dirty rock, rolling along on fuzz-swaddled guitar riffs, belted vocals, flexible drumming, and plenty of hooks. With each track, they tease an opening, then dive in to thrash about and have fun, then barrel their way out before things get too redundant to be fun anymore. At times, it's almost like sludge on mood enhancers, with the grinding tone of the guitar and the clear punk allegiances joining playful conduct and a focus on rock power over downbeat kicks. And the careening grooves show a knack for the looser side of psych rock, infusing the songs with a bubbling, unpredictable recklessness that only lifts their rocking all the higher. Fun, gnarly, and quite tasty, this should be on your list if rock that colors outside the lines appeals to you in the slightest.
~ Gabriel 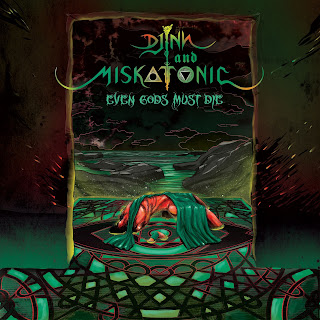 Hailing from India (and the excellent Transcending Obscurity record label), Djinn and Miskatonic made their debut with the album Forever in the Realm back in the year of 2013. Now they're back, with another six songs of doom and dread, rumbling bass and slow-moving riffs, and they're well in their element.
Kicking off with “I, Zombie” (no, not a cover of the White Zombie track), the band plugs into a heavy current, waves of chords drifting back and forth, as they dig into the opener for the better side of fifteen minutes. Having made their demonstration of how well they handle size, the band trims things back for a few following songs, before returning to the ten-plus size for the last two. And through that total hour of dirging, the band tests out some flavor experiments while keeping the modern doom base firm. There's drizzles of black and death, stretches of clean vocals (usually quickly countered with guttural rasping), but the main drives are built on the backs of workhorse riffs, just rolling on and on with some small twists worked into their cycles.
The biggest fault with the music, from my perspective, would be how straight-forward it is. Both the album and band name suggest some mystical elements, but what you get is pretty standard, if jumbo-sized, modern doom metal from start to finish. There's no real toying with unusual sounds (a spot of keyboards here and there would have done wonders in that regard), and the steadiness of the weight makes things feel more sloggish than crushing by the end of it all. It's good stuff, just don't go into it expecting the psychedelic elements suggested by the cover art.
~ Gabriel 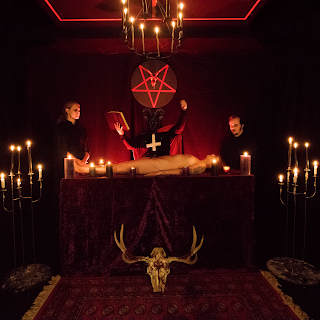 Formed as Desert Crone, and releasing one EP before taking their current name from its closing track, the Swedish group of Shadowmaster have already done their part to earn good will and favorable buzz from fans of dirty doom. Now that they've put together a full album under their new incarnation, the three-piece band has an eight-song set of bassy assaults, slow-grind rhythms, brazen howls, and alienating distortions. Happily, the whole grimy affair is getting a CD release courtesy of Seeing Red Records, and assuming it gets the attention and acclaim it deserves, a vinyl release hopefully won't be too far off, though the hour-plus run-time will demand double disks in that event.
With crashes of cymbals echoing away over the twisted growls of the guitar, the group raises quite a din, bending it to torturous paths and slamming out chords with little mercy to their mood. The namesake song from the Desert Crone EP gets revisited, and fitted in well with the rest of the malignant vibes the album carries, and which give it such a seething subdermal energy despite the overall slow pacing.
And for all the nastiness that's pumped into each thick-bodied strum, there's an unnerving streak of psychedelia running through most of it. Call it a time capsule of dark-side '60s by way of Swedish memory, or just an updated sludge interpretation, but whatever the prompting, it works well in the context of the heavy blasts so regular across the songs, exceptions like the entirety of “The Lizard King” aside. For the most part, the shit going down is big, buzzy, and downright mean in tone, whether they're using vocals to complement the riffs or not, and that's before even addressing the nineteen-minute finishing song. And on top of all that, it's pretty easy to groove to, assuming a blend of doom, sludge, and psych metal suits your tastes. If that's the case, get yourself a copy already.
~ Gabriel