Weight Of A Heart... 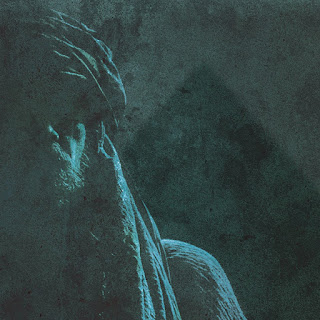 While Bong-Ra is best known for decades of work in the breakcore style, back in 2016, the one-man band experimented with doom metal, on the two-track Palestina release. Half a decade later, musician Jason Köhnen is taking a deeper run at the style, bringing together about half an hour's worth of material across four songs.

Opening with “Kheper – Pharoah's Serpent” (sic), the album's ten-minute opener operates with delicate female vocals over kicks of drums, long-reverbed waves of bass, crashes of cymbals, and squeals of feedback. Though most of the song takes a dirge-like tempo, there are outbreaks of drum frenetics, which add to the overall feel of churning currents moving deep beneath the surface. “Amun – Hidden Chambers” follows, taking its seven minutes to operate in much the same arrangement, but with some drifting piano and increased drum activity spurring things on, and the female vocals swapped out for some male groaning.

“Precession of the Equinoxes” leads into the second half of the album, still more drum-driven than the preceding tracks, and more dramatic with the impacts and contrasts. The female vocals return, though they're all but drowned out by the crashing percussion, and we actually get something in the way of a riff from the down-tuned guitar presence. Lastly, “Aton – Mind Machine” follows up on that by working a distinct rhythm out of the elements in play, keeping the drums relatively concrete while the other instruments swirl around them.

Intriguingly atmospheric from start to finish, there's no denying that this album is the result of a musician wanting to push the boundaries, not just with their own talents, but also with the musical style they've chosen to play. Though there's a lot to remind listeners of Godflesh's industrial doom, the more abstracted nature of Bong-Ra's approach leans things hard into funeral doom territory, with the complementary Egyptian themes of the titles adding their own twist to things. One of those albums to put on for the purpose of letting yourself sink into the music.