Wicked Witch Of The Weed... 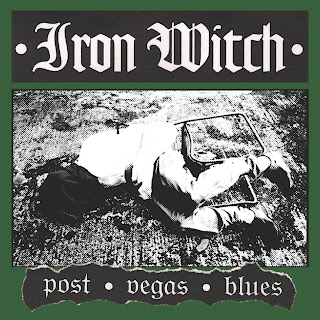 We've missed these bastards. A lot.
For those of you not familiar with Iron Witch, firstly - shame on you! Secondly, they're making some of the most brutal and crushing NOLA inspired sludge this side of the Mississippi. Where many have tried and more often than not failed miserably, Iron Witch simply step over their rotting husks and effortlessly churn out biblically dirty and gritty tune after tune. As far as the UK's sludge scene goes these fellas pretty much rule the roost, and rightly so! As far as the shear aggression, aggravation and tightness goes very few acts are parallel, and this latest offering only goes to cement their position. But this time its the band's first outing on vinyl, yes this little beauty will be available on lovely 7" green wax either from the guys themselves - Iron Witch Big Cartel or from Thirty Days Of Night Records.
Available from tomorrow, it's a limited press of just 250! So once its gone, its gone! Be sure to check back tomorrow and avoid disappointment because I predict these are gonna all be gone pretty damn sharpish!...
You have been warned!