I'm Back! And I Bring Swedes! 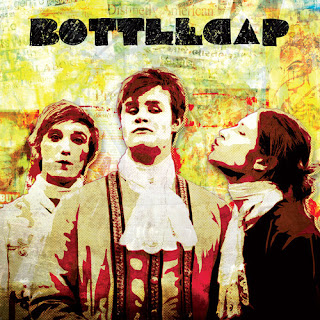 Fellow riders, I have returned from the desolate wastelands of sleepless nights, eye strains and headaches: school-work. I've been going through some very important steps toward my college education and I apologize to all of you for skipping out on writing for this behemoth of a blog.
While I was gone, we were contacted by Bottlecap, our latest addition to the list of awesome Sweidish bands. When this trio contacted us, they described themselves as a stage-eating band, and after hearing their music and seeing their live videos, I could not come up with a more accurate description. they kick all kinds of ass with their raw guitar tones, kickin' drums, and gritty vocals. All the songs in the album have a really nice combination of punk energy with garage band scales and riffs. The vocalist's style makes me think of some kind of combination of a younger more garage rocky Lemmy Kilmeister with Iggy Pop. The guitarist has a tone that I've heard before but never hear someone use it for an entire song: it's a combination of fuzz and a harmonizer which is an effect that pretty much clones the guitar signal into another signal in a different pitch. The album is jam-packed with headbangin grooves and they managed to throw a clean ballad in there just to get a cherry on top of this great album.
~Bernardo

For Fans Of; The White Stripes, The Datsuns, The D4, The BellRays,