Ways Of The Waves... 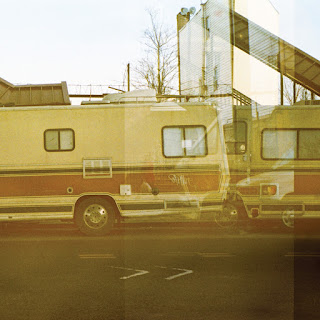 Making their debut back in 2016 with a self-titled EP, the trio of River Cult are dropping their first LP this year, and for a group rooted in Brooklyn, they do a pretty damn respectable job of channeling the bluesy heavy psych sound into the five hefty tracks Halcyon Daze boasts. Thick pedal-boosted string textures and rolling drum rides build rich atmospheres of warm bleariness, and with not one of the songs dipping below seven minutes in length, the band gives themselves plenty of room to flesh out and shade in the nuances with care. It's heavy without losing momentum, psychedelic without going (too far) off the rails, and fucking groovy with hardly any bloat.
While the vocals are a lot of fun, keeping a sort of grungy, cool indifference going even in their roughest yells, the band packs in plenty of instrumental rocking, twisting their way through gnarled riffs, riding crescendos to a peak before leaping to another one, and getting down 'n' dirty in the earthiest tones. They've got heart, they've got chops, and from the sound of it, they're having a lot of fun bringing them together while pushing past emulation of their influences into something really great. Check this one out once it lands on February 9th (in CD, digital, and vinyl formats), play it loud, and play it again; just don't expect to catch all the details on your first time through.
~ Gabriel