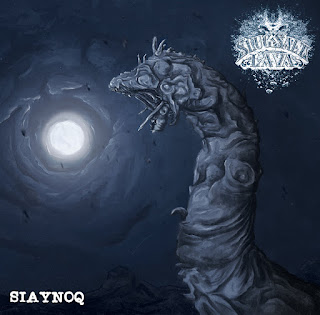 When we last covered Slug Salt Lava, the year was 2014, and the release at hand was their Radiated Soundscapes EP. There's been no other output from the Turkish group aside from a live set in 2016, but now they're back with a new EP, and the five tracks it has to offer show that the band has been putting their time to use building a harder and heavier vibe. There's some sludge to it, some heavy metal, traces of death, even a little groove metal, and the beating of the drums to the chugging of the guitar hits quite the rhythmic pleasure node. Some tasty guitar solos throw in alongside the bass riffs for a killer kick, and they cram quite a bit of change-up into the five songs, trading from doomy oppression to lively outbursts on a dime. At just twenty minutes, the band keeps it concise and punchy, and as something of a status report, it's good to hear them continuing to challenge their earlier style. Here's hoping they've got more material up their sleeves for release in the near future, and that they keep up their habit of experimenting with every release.
~ Gabriel