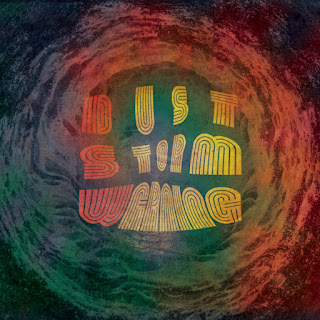 Ooooooh I love, love, love this album!
Sure, I've not exactly buried the lead with that opening sentence but I may as well put it on front street straight away. I will also admit that I'm a little late to the party with this one too. I got dropped a line by the guys at Acid Cosmonaut Records back in May but for some bloody reason Google decided to chuck said message straight in the spam folder. Grrrrrrrr! None the less, here we are now, so better late than never.
So why exactly do I love this album? Well a few reasons to be honest, but primarily because it's sounds like Red Fang playing Nebula's Let It Burn album. An oh so sweet mix southern rock elements like gritty vocals and unforgiving riffs merged with that classic desert rock ethos, conjuring up images of dirty, hairy rockers playing dark and grimy bars along a dusty deep south highway. Yeah that image maybe slightly misguided, but hell, thats the mental picture that appears in my head when I hear the high octane opening riffs from key tracks like Monkey Woman and Outrun. The album isn't an all out balls to the wall rock fest though. What the chaps excel in when is comes to furious riffs, bass lines and vocals they can more than match with their ability to produce some wonderfully sombre instrumental tracks and jams. As the album progresses the songs Dune, Sherpa and Wasteland offer a well pitched and timed alternate feeling to the whole experience. Whats more, the guy's execution from start to finish is totally spot on. All genres and subgenres tend to have a deep seeded geological location attached to them whether it's west coast punk, desert rock or southern rock. So a real testament to a band is how well they can truly capture that genres spirit and essence when they're on the oposite side of the globe. This is where DSW really earn themselves bucket loads of kudos because I really don't think that a single person would listen to this album then guess that the guys actually hail from Italy. Even I initially set their tag below to USA, before actually having the good sense to double check. This may not exactly be a compliment to some, but what ever way you look at it DSW took a swing a the desert rock ball and off the back of these 11 tracks alone I think its pretty safe to say they've knocked it out the park.
~ Jay