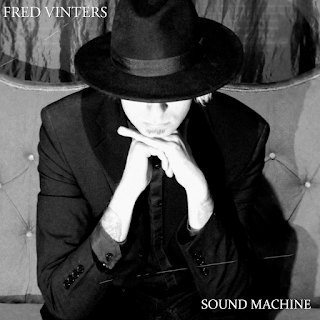 Making their debut with this four-song EP, the Swedish band of Fred Vinters (a quartet at live shows, but apparently just the band's name-sake in the studio for this) introduce themselves with some stripped-down bluesy hard rock. Electric guitar riffs and steady drum beats complement the earthy vocals, building a well-grounded base of clear-cut rock with few frills. Some boosts in amping, a layer of backing vocals, and an extra kick to the percussion in the chorus is about all the studio touch-up the basic tracks get, and it fits them well. There's a general downward slope of energy over the course of the EP, with the final song, “I Can't Stand the Sun”, consisting of just a bass groove, hand-drums, and singing. It'll be interesting to hear how this band develops, so go ahead and check them out if you're a fan of uncluttered rock.
~ Gabriel

For Fans Of; Deadboy & The Elephantmen, Grusom, Muddy Moonshine, The Stone Fox, The White Stripes