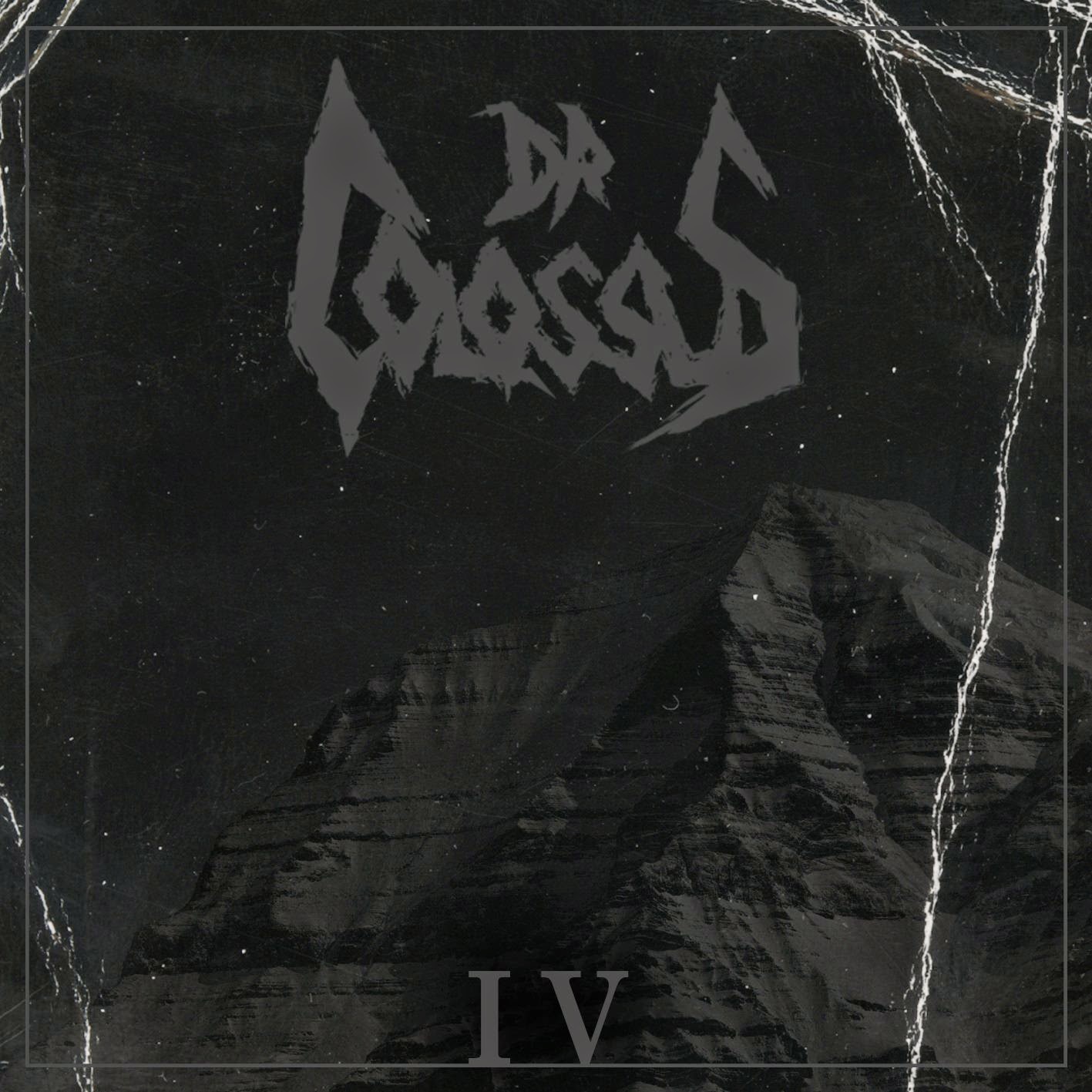 It's a pretty good rule of thumb that it's hard to accurately gauge a bands true caliber by just a short EP alone... but fuck it, I'm gonna go out on a limb and do it anyway.
Dr. Colossus may just ruffle the feathers of a fair few stoner, doom and metal acts doing the rounds out there at the moment. Why? Well to begin with they're a two piece. Sure, not exactly a new concept by any stretch of the imagination. But when you consider the doom genre as a whole, you'll be hard pressed to recall all that many duos. So to sack off the additional guitarist and bass player and retain a truly immense and resonant sound is a feat in itself. Their other potentially painfully irritative features lie in their sheer talent. Not only are both in a number of other bands of assorted ilk, and guitarist/vocalist Jon currently half way through a world tour playing bass for Vance Joy but these guys seriously know how to craft one hell of a riff! With ease, they can join the ranks alongside the likes of AC/DC (yeah, I know they're mostly Brits, but we'll let em' have that), Wolfmother, The Vines and of course Men At Work, when it comes to harnessing that all-encompassing lick. But when all's said and done, the duo's real key is their ability when it comes to lyrical content. Many bands have slaved away for weeks, months even years trying to nail their lyrics and hone their subject matter. So there's no easy way to say this, but Dr. Colossus base all their tracks on Simpsons episodes. Yup. I shit you not. Now right now I'd bet my bollocks to a barn dance theres a number of you reading this that have just turned your nose up solely because of that announcement. But please, PLEASE think twice. You honestly will not be disappointed with what this pair can do with this EP's mere 15 minute runtime. Besides, the real kicker here is that it took me a good few listens before the penny dropped. Going into them somewhat blind, having not checked out their Facebook page, it wasn't until I caught the lyric "I choo choo choose you" in the final track Son Of A Pig. Casually overlooking the blatant obviousness of the opening line of track two; "So I went to Shelbyville"... Doh! But lyrical content aside and taking into consideration the chap's unlikely sound within their other projects, Dr. Colossus genuinely produce some of the best stoner rock and doom I've ever heard. Opening track Mono could not be a better opening to any recording, and the fact that it's already racked up a total of 35 plays on my iTunes serves as testament to that. Slow, heavy and packed to the gunnels with groove, fuzz and reverb. What more do you need? But it doesn't live and die at that. As the EP progresses the pace varies. From your textbook down tuned doom chugging to whats pretty damn close to desert rock territory on track two, Because Of The War. The high octane changes of pace do absolutely nothing to throw these guys off their game though. Everything sounds effortless and tight. With the end product big, sporadic, dirty and relentlessly both fun and brutal all at the same time. For all intense and purpose Dr. Colossus are the Mark 'Chopper' Read's of stoner doom world, and fair dinkum, they should be bloody proud of that!
So there you have it in a nut shell - an Australian duo playing top notch stoner doom about individual Simpsons episodes. It's really this kind shit that makes it pretty much impossible to dislike the Aussies. Yeah, they're predominantly descended from thieves, murderers and rapists, and sure, many of them have a penchant for casual racism. But goddamn, when they hit the mark, they really hit the mark. So if you're in the market for something essentially lighthearted but under the guise of ferociously monolithic doom, look no further. I urge you to hit up their Bandcamp page and pick up this beauty of an EP. It's a scant $5, which is made even more appealing when you realise that thats Australian dollars! I'm not sure what that is in real money, but I'm pretty sure when converted that's like minus figures in every other currency. I have no idea what the current exchange rate is.
~ Jay