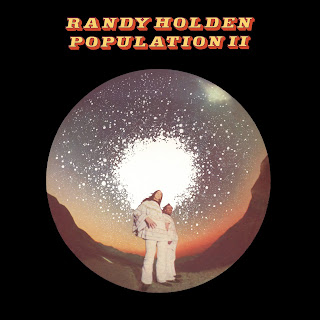 Originally released in 1970, the debut solo album from Blue Cheer guitarist Randy Holden featured a style that was unfamiliar at the time, but which has subsequently grown to a full genre. While the hard and psychedelic rock styles of the '60s are still quite evident, there's also the chunky riffs and fat bass-end of heavy metal peeking its head out into the world on this album.
Of course, back then, the record technicians who had a fix on how that style should be handled in the mastering process were few and far between, so now that half a century has passed, Riding Easy Records have unearthed it and given it proper audio treatment, letting the wide-spread grooves and sprawling solos shine out with greater body and fullness.
For such an early chunk of heavy metal exploration, the album goes down with surprising smoothness. Packing four full tracks, with a couple of shorties sandwiched between them, the album flows along in cool form, letting its melodies and hooks roll along without too much fuss about sticking to the standard practices. It's a fun and fascinating peek at some nearly-lost roots of the style, and with the ten-minute closer of “Keeper of My Flame”, it packs a big finish. Riding Easy's reissue is due out on February 28th, so if you're ready to dig on one of the pioneers of heavy metal, get ready to pick this one up and have it take you back.
~ Gabriel