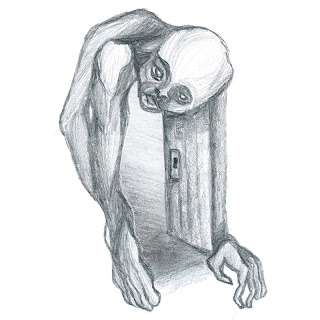 This is one of the most peculiar and unique things we've been sent in a long long time. Now I know that inherently whenever the words unique or peculiar are used it often translates to something sounding somewhat akin to a child with attention deficit disorder hitting a washing machine with a spanner while discordant jazz plays in the background. Luckily Austrian quintette Torso havent quite gone that far. In fact the guys have manage to create something pretty close to genius. Dark post rock harmonics clashing with groove oozing stoner riffs with the occasional smattering of lounge like licks and jams. It sounds borderline ridiculous on paper I grant you that but somehow (and don't ask me how) they've managed to not just make it work, but work really bloody well! The opening track One really manages to paint the scene for the following 32 minutes. Beginning with a distinct shoe gaze tone within a minute fuzzy riffs burst in and push it towards a latter day desert rock kinda feel. Soon joined with 90's Brit rock style vocals (very reminiscent of Damon Albarn) and a complementary wah or two of 70's psych inspired guitar licks, to say the first 4 minutes are varied would be a understatement of biblical proportions! This really is one of those rare examples where a band have just gone way off the deep end and mashed together about 6 different genres but have still managed to produce something totally fantastic. I can't be pretty certain that you won't find anything out there quite like this. But if you've even have a fleeting interest in prog rock, shoegaze, post rock, desert rock, classic rock, space rock, indie or stoner then there will be something here for you. It's dark, whaling and chock full of groove. If it doesn't win you over immediately just give it another few listens... You'll come around.