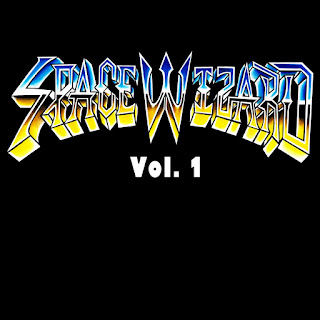 Hailing from Charlotte, North Carolina, Space Wizard are making their debut with this five-track EP of retro heavy rock, spiced with touches of fantasy metal, to make their impression of channeled '70s attitude upon the world. You can practically smell the beer-stained denim while listening to their songs of demons and wizards, so it's a bit of a shame the cover art doesn't offer some imagery you'd see on the side of a van (although the logo's spot-on) to go with the tunes; I guess they're saving that for the LP. There's not many surprises to be heard, but then again, that's not something for which they're aiming. It's just some straight-up riff digging, so as long as that's what you're craving, you should be able to have a fun time with this EP. And as it is their first release, what they've put together is pretty good by those standards, with a square chance that they'll spread their style further on upcoming efforts. Give it a listen when you've got a six-pack handy, and keep your ears open for more to come from this crew.
~ Gabriel