Rising From The Depths... 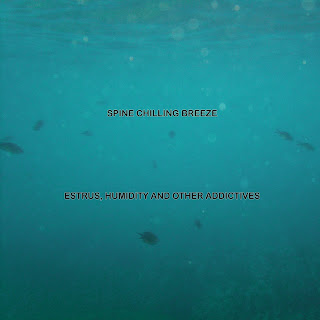 It's been six years since the Greek band Spine Chilling Breeze released their debut album (plus a promo before that, which our man Jay covered back in the day), and in that time, the group disbanded, reunited, and put out a single to show that they were still alive.   Now their second LP has arrived, and with its seven songs, the band packs some lively heavy rock in, blending the bluesy roots with hard rhythms and rough attitude while playing up the riffs and rowdiness.
At just over half an hour, it's a quick run, but that fits the energy of the music, while also letting SCB bounce around, flavor-wise, without it feeling too disruptive to the flow of the album as a whole.  Pedaled-up guitar, clear drums, troweled-out bass, and vocals that jump from growls to howls are all in the mix, and while it doesn't always hit square on, there's enough liveliness and enthusiasm coming through that it doesn't really matter all that much.  The essential spirit is there, and as long as you're in search of straight-forward rock, this'll scratch your itch.  Here's hoping this gets SCB the ears they need to put out another full-length before six more years have passed.
~ Gabriel