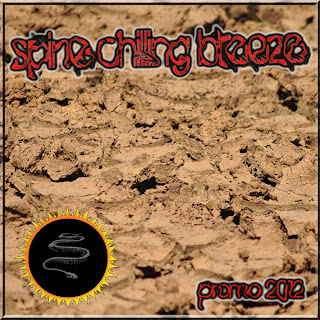 Bassist Stavros dropped me a line last week to let me know about his new band and I'm glad he did. With just a two track demo under their belts so far the band is still somewhat in its early stages. But going solely on the strength of these two tracks its appears these chaps have buckets of potential. Consisting of what you can tell is a variety of influences from over the last 3 decades in their sound, its hard to fit them into any one genre. With a few 80's sounding guitar solos, the occasional 90's sounding riffage, and a heavy vocal tone akin to many of those heard over the last 30 years or so, the whole mix ends up pretty eclectic. In fact, for some reason that I can't entirely put my finger on the vocals bring to mind an early Rob Halford kind of style. Which I've gotta say, I'm quite digging. Over all though, for a first outing everything is surprisingly tight and really well produced. If they're able to keep it up when it comes to recording their announced 8 track demo I can see them getting a whole load of attention.
Sadly I don't have too much more info on the guys as all the bio I was sent was in Greek, and I struggle with my native tongue at the best of times. None the less, give the two tracks a listen and keep a close eye on this band, as I have a feeling the demo they're working on is going to be a pretty awesome.