Are You Feeling Sleepy?... 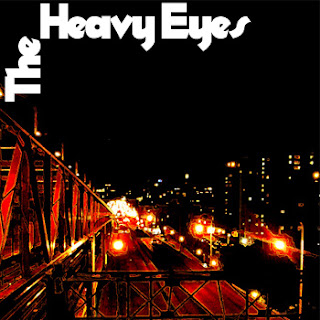 It's always great finding a good demo, especially when the band's done their best to keep true to their sound. No over production or messing around, just get in - jam - get out. These days with with all the available software and cheap recording equipment its so easy for new bands to over do it with first recordings. Not The Heavy Eyes though. Recorded on an old Tascam recorder in a non sound proofed room this debut demo really captures a great band at work. Rocking a typically classic sound, with a southern, bluesy tone these guys really sound as though they've just been whisked straight out of the 70's. Riff heavy and catchy as hell, if the opening track Voytek doesn't get your foot tapping you must be a bloody corpse!
Its just a shame it all over so quickly. It's only a 4 track demo, but its a damn good one and will leave you wanting more. If these guys can pull off this kinda quality with such little effort I cant wait until they lay down a full length record in a studio. Keep a close eye on this band over 2011!
Head over to their myspace or bandcamp page to download the demo, or hit the link below.
• For fans of; Radio Moscow, Black Mountain, Wo Fat, The Dust Bowl, Daredevils
Myspace
Demo (320kbps)