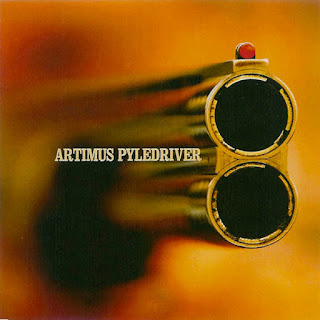 Damn I love this band! I first found their debut EP on Bob's Stoner Rock Blog and I was dumbstruck. So when I finally got hold of their full length album I had a good idea of what to expect. Needless to say I wasn't disappointed, from start to finish its just pure, balls out southern metal. Every single track will get your feet tapping and you smashing the hell out of your air guitar (or drums, which ever your prefer). It still kinda staggers me that these guys aren't signed to a label yet. With a bit of cash and a kick in the right direction I could easily see these guys playing the same bill as Karma To Burn, Monster Magnet, Alabama Thunderpussy and such like.
For a first album the production's spot on, everything's perfectly balanced. Sounding like Maylene & The Sons Of Disaster but with far more groove and slightly more apparent Skynyrd influence. In fact it kinda worries me that these guys have burst out the gates and not really left anything in the tank for a follow up release... I guess time will tell...
•  For Fans Of; Maylene & The Sons Of Disaster, Red Fang, ASG, Viking Skull, Fireball Ministry
Myspace  •  Amazon
Artimus Pyledriver (320 kbps)