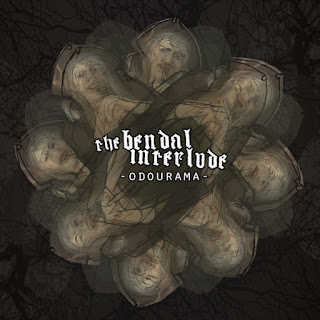 I know I know, this update has been a little later than usual, settle down. I had a balls up with my Mac and ended up having to wipe the thing and start from scratch. It's been one of those weeks.
Anyway, better late than never and besides I come baring gifts in the form of heavy a sin Liverpudlian sludge. Now for those of you who are in various countries other than our own, Liverpudlian refers to Liverpool, UK. Yup, where the Beatles came from. But fear not, this is about as far from another Beatles tribute act as you could possibly get. Unless you maybe combined dubstep with under ground Japanese hip hop or something. But enough with the geography lesson, no, these fellas bring it dirty and fast. Much like Soilent Green, Nasum or your mother.
Each of the 4 tracks has those essential elements of furious speed and anger but unlike so many simular acts they dont loose the ability to hold onto the groove amongst a wash of screaming and machine gun drum beats, and to be fair thats pretty bloody hard to pull off. Hell, we all love the ferocity and violence, but if you look at all the bands of likeminded genres that have carved their way to the forefront they all have one thing in common - groove laden riffs/licks. Take this element away and you're left with something more akin to the likes of Converge or Integrity. Dont get me wrong, they're great in their own right but its just not the same, for me at least. So you've got two sort of sides that really sit under the umbrella of 'hardcore', but anything that falls short of the mark on either side ends up half way and ultimately that never seems to work out. This is exactly where TBI have seemed to avoid tripping up. Picking out aspects of both sides and managing to mix it up without becoming convoluted or just generally unlistenable. Much like the late great Johnny Morrows post Monkey projects. All that same sludgy anger but with a picked up tempo, like a diehard hardcore fan playing stoner metal... But in this case with some great use of third party samples. It's a little familiar yet somewhat different and unique. Either way they've managed to thrash out a winner of an EP and I reckon y'all love it.
The EP's not out quite yet, but we'll keep you posted. In the mean time hit up their bandcamp page for 3 free EP's and demos...