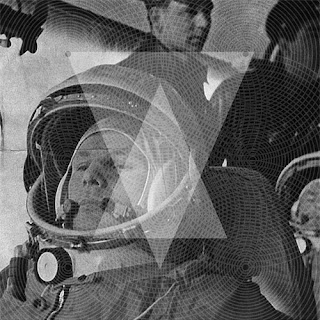 Right, I'm feeling a little less like death warmed up so back to normal operation, hopefully.

Today we're back in Spain for some more fantastically executed rock from the lads in Domo. I actually half discovered this band when their CD-R found its way to my house in between a stack of other demos and some vinyl last year. It got put ripped to my iTunes but sadly got a little over looked by myself. Luckily the chaps got wind of the update on fellow country men Piñata we did earlier this week and dropped me a message. Bloody good job they did too as this, their 2011 debut is ridiculously awesome and has really left me kicking myself that I've missed out on it for the last year or so. Still, here we are now so shut up and listen, especially if you love your space rock because this is possibly the quintessential album of the genre. It really is the most perfect example, with its brilliantly eerie synth laden harmonic seascapes, haunting use of wah wah, reverb and distortion and those drawn out build ups to whaling guitar solos it ticks all the right boxes. But they didn't just stop and settle with the usual elements and churn out something repetitive, oh no. Instead that text book space rock sound is intertwined with a sweet progressive feel and occasional post rock sort of composition. Anyone who's had a listen to Hendrix's various outtakes and studio jams will be familiar with this kinda sound - laid back and slightly trippy psych with a distinctive sci fi undertone. The sort of sound that makes it exceptionally hard to describe without coming across like a completely stoned hippy. Either way, if you already dig this/these particular genre(s) then the chances are you'll have a good idea what I'm getting at. If not, well you should just scoot along to their bandcamp and download the album and give it a listen yourself. Either way, it's bloody great.