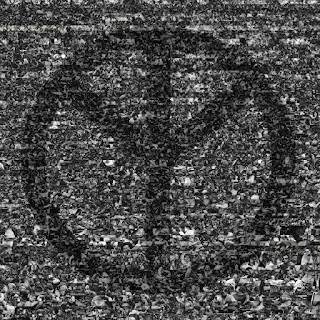 The Cosmic Dead are one of those few bands that, to my knowledge at least, have never really failed to produce an album or EP thats anything other than great. Maybe thats down to the forgiving nuances of the instrumental post rock genre, or maybe it's just sheer talent. Sure, when you're not saddled with the burden of thinking up vocals, it possibly frees up a bit more focus... but having caught these guys live once before I'd like to think that the Scottish quartet swing more towards the latter.
So anyway, here they bring us Psych Is Dead, their first release of 2017. I say first release, as these chaps seem to be the hardest working bastards out their. If they're not in the studio, they seem to be on tour throughout the deepest darkest depths of Europe. So I doubt this will be all we hear from them over the next eight months... I sure do feel for their loved ones.
But onto the album, and it's deceptively misleading title. Misleading, because if the 30 minute runtime is anything to go by, psych is well and truly alive and kicking... Albeit on a seemingly menacingly sounding trajectory towards some kind of interstellar apocalypse. Like being slowly sucked towards the event horizon of a black hole with a synth and sitar soundtracking your inevitable doom.
From start to finish Psych Is Dead is a relentlessly eerie and haunting sci fi ride. Smattered with moments of melancholy and discordance thrown in to occasionally knock you off guard. What never seems to waiver is the underlying feeling of foreboding. Seriously, if HAL had gone to the trouble of creating a score to play over Dave's demise throughout 2001 A Space Odyssey, then this is exactly what that psychotic little bastard would have come up with.
The album climaxes with #FW, it's third and final track, which after four minutes of lulling you into a false sense of serenic security, suddenly smashes it's way in with all the force of Vladimir Komarov's Soyuz capsule hitting Russian soil (damn I'm proud of all these Space related analogies I'm managing to crowbar in here). The violent and aggressive turn works well to draw the album to an end. The build up of drums coupled with the discordant synth adds the final dose of peril to the whole space rock journey, culminating with an abrupt finish. The finale of which left me in much the same state as Kubrick did at the end of the aforementioned 2001 A Space Odyssey - A resounding feeling of dazed awe, mild confusion and a slight sense of "what the fuck just happened"!?
I bloody loved it.
~ Jay