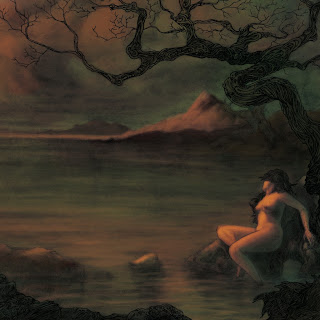 Remember back in 2009 when Elder released their self titled debut LP? It was an absolute belter of a stoner  album and left everyone massively impressed and desperate for more. Well its only taken the guys 2 years but god bless them they're back with a brand spanking new studio album. But surely I hear you say, how could they possibly do any better than their first effort!?... They can't.
Haha, only joking! Once again, and naturally they've well and truly knocked it well outta the park. Which really begs the question, why the hell have they not been picked up by a major label yet!?

A touch more psychedelic and upbeat than it's forerunner the entire album still drips in big fat waves of riffs and distant haunting vocals. But moving away slightly from the doomy first outing hasn't hampered the band in anyway. Where as many would often fall foul of straying away from a proven and well received style the guys have managed to maintain their solid song structure and create something that feels almost completely new. If thats not a true testament of talent, I don't know what is.