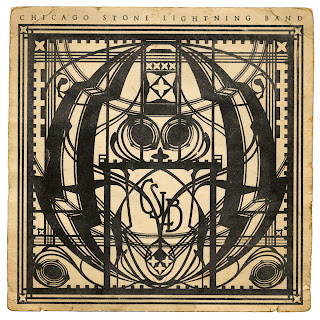 Oh this is good...
Sorry but I'm not gonna build up to it or bury the lead here. I love this album.
The whole recording is totally bathed in that tone and atmosphere that was so prevalent in the late 60's and early 70's, to the point where you could have easily just told me it was 40 years old and I'd have bought it no questions asked. Those classic blues influenced riffs, that gave birth to the likes of the Rolling Stones, The Doors and Led Zeppelin are all there, resurrected by a new generation. It's truly like a 35 minute homage to the great rock and roll innovators of the 50's - 70's, spanning from the likes of John Lee Hooker, to Cream then finishing off with Grand Funk.
This really is one of those bands where you hear them, love their sound then sit there utterly baffled that they're giving their stuff away free. Yes thats right, if you head to their bandcamp page you can name your price. But hold on there you tight fisted gits, don't just be hitting that '0' button... Give the tracks a listen then make your mind up.
If you're a classic rock and/or blues enthusiast you really can't miss out on this. Which is why I'm not gonna waffle on any longer. Go download the damn thing!

For Fans Of; The Rolling Stones, BB King, The Datsuns, The Raconteurs, DeepSeaGreen