The Swedes Are At It Again... 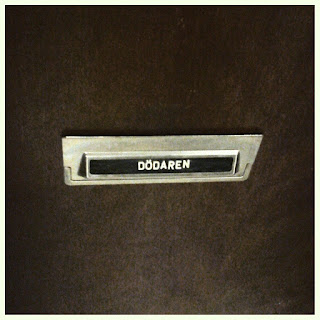 Damn this little EP opens with one hell of a riff! It's simple but effective, like an eerie sort of slowed down Red Fang type of sound, then merging in to vocals vaguely reminiscent of Black Strobe. It's all a little distant and merky but holy crap does it rock! I can't make head nor tail of the lyrics but when they're bashing out some classic 70's style heavy psych jams it doesn't really matter too much. It's kind of hard to really nail down exactly how these guys sound in words. I think the best I can do is say; Imagine a Scandinavian version of Clutch playing some kind retro influenced rock with the occasional hint of post metal...
Hell, go listen yourself and draw your own conclusions.