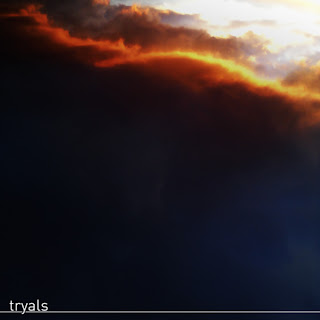 You may remember back to last year where I posted up 3 Stages of Pain, one of my favourite UK bands of... well, ever to be honest. Sadly they only got a chance to crank out two albums. Two great albums, but inevitably its always left me wanting more. None the less, the past is the past and I'm happy to report that former guitarist Damo has ventured out and created the new instrumental outfit Tryals.
A cold fusion of gorgeous ambient soundscapes and all out metal enthused waves of crashing riffs. But its not the usual sort of mix you expect from your average post metal genre band. All those key elements are there but once the storm begins to break subtle touches of dirty (and partly disjointed) southern rock begin seep through. Kinda like Black Label Society trying to fill in between songs at a Red Sparowes gig. It sounds great and it works wonders to change that cold almost clinical and often too familar tone so associated with the likes of Russian Circles, Isis or similar acts.
Comprising of just 3 tracks, all of which top the 10 minute mark its not the longest of albums. But what it lacks in play length it more than makes up for in sheer quality. Whether you're a seasoned post metal enthusiast or utterly nonplused by the genre you have to give this album as listen! There's bound to be something there for all of you.