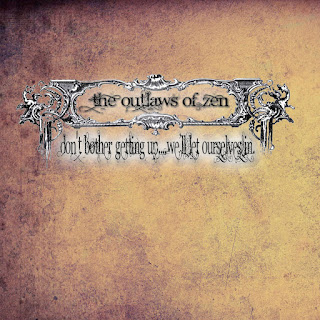 Here's another little gem that appeared in my mailbox today, and just an FYI; if your email also contains the lines 'heavy riff based rock', 'the nation's leading murder per capita rate', and 'influenced by 70's obscure rock' then you're appearance on here is well and truly secured!
Hailing from Michigan you'd be forgiven for not immediately expecting to be met with that distinctive southern rock twang. But when I come to think about it, some of my favourite bands of that genre are actually some distance from sister marrying country - Maryland (Clutch), Oregon (Red Fang) and, well, Greece (Planet Of Zeus). None the less, that ethos is definitely flowing though these guys and most importantly it's working for them. But the one thing that really shines through for me is the vocal style. I call it the Neil Fallon school of heavy rock singing. Deep, thundering and profoundly southern sounding, then if that doesn't get your point across you just shout louder. That element coupled with a similar, yet wholly unique array of retro/deep south style riffs it sure makes for one hell of a mix. It's worked for Clutch for nearly 20 years and its working for these chaps now. In fact they're one of the very few who have managed to nail this perfect storm of southern rock elements and still remain some what individual and fresh. The recording doesn't follow this blueprint in its entirety though, instead infusing tones of classic metal and even smatterings of grunge in places. While this does serve to mix up the tracks a little all the best moments of the EP are well and truly rooted in the lets say, more confederate elements. In doubt? Well just have a listen to their track With The Swine, because if it doesn't conjure up visions dirty truckers, bar fights and moonshine then I think theres something fundamentally wrong with you.
Ultimately I think the guys could choose one of two roads to go down as and when they head to the studio and lay down a full length album. Either the 90's sorta sounding, slightly heavier Alice In Chains esque tone that some of the tracks (Boiling Point, Standard Double Standard) consist of. Or, and this would be my choice, just going completely balls out and delivering every single riff, beat and lyric with a pure rock fury, because if they can keep up the groove and shear power of tracks like Pornstache and the aforementioned With The Swine their follow up to this will not fail to blow everyone out of the water and I can't bloody wait!