The Blues, Whole Blues and Nothing But The Blues... 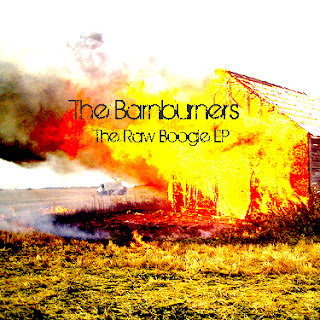 This was originally going to be one of, if not the first albums/EP I put up on here, but some how it slipped through the cracks. I will admit now this does not fit in to any stoner, doom or such like genres. Its entirely more bluesy than any previous posts, but it is however one of my go to albums to get my drink on to... coupled with the fact that the band was the forerunner to one of my favourite bands of all time.
The now defunct Ohio trio consisted of Jason Edwards, Kip Amore, and the one and only Dan Auerbach... who later went on to form The Black Keys. This was the only material the band ever released and although it does differ a fair amount from what he went onto do you'll instantly make out Dan's distinct guitar tone and voice. You can tell the guy grew up listening to the likes of John Lee Hooker, Robert Johnson and Howlin' Wolf. I always got the impression that there would never really be an all white true blues band that really captured the meaning of the genre. Like the late great George Carlin once said; "I'll tell you a little secret about the blues... Its not enough to know which notes to play, you gotta know why they need to be played." And dammit he was right.
The simple bass and drums lines generously give way to great guitar playing and perfectly fitting vocals that sound like they've come straight out of a gramophone during the 30's.
I really love this little gem, so if you fancy something different and are partial to early Black Keys (especially the album Chulahoma), bluegrass or delta blues I urge you to dig this album out.