Psychedelic Metal From The East... 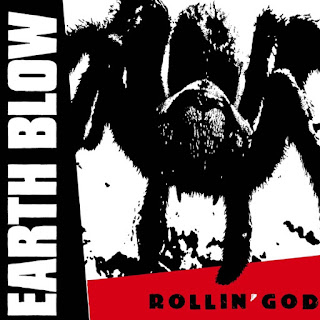 I'ld heard of Earth Blow for quite a while, but for one reason or another ild never got around to digging out any of their stuff. It was only really when Church Of Misery announced they had acquired new guitarist, Suto, that I really bucked my ideas up and did some research... Evidently ild been missing out for all theses years!
Its tricky to try and explain this album as its filled with such an eclectic mix of sounds and speeds. Take the track Rampage for instance, sounding like a Japanese Motorhead covers band kicking seven shades of shit out of Fu Manchu... Now you see my dilemma. Each track is riddled with elements of stoner, garage, thrash, doom and desert rock, a strange concoction I agree, but it really does work and not even in a hit and miss way. Earth Blow really tried something new here and goddamn they pulled it off.
The best broad description for the album I can really offer is; stoner riffs played at thrash/punk speeds done in a way only the Japanese know how.
Now c'mon, who wouldn't wanna hear that?