It Does Exactly What Its Says On The Cover... 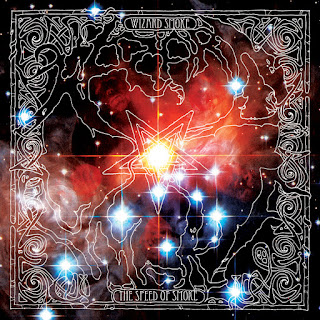 Break out your bong's people, its time to get well and truly stoned!
Wizard Smoke are 5 piece master stoner/doom outfit hailing from Atlanta and this is their first major release, and you know what?... They're giving it away free! Yup, 100% totally free of charge. Ok this isn't exactly unheard of but, when you give the album a listen you'll be pretty surprised they've done such a thing with such quality material. Slow sharp yet sludgy guitars and growling echoing vocals coupled with eerie tones of ambient filler leave you feeling like someone's put Soilent Green and Isis in the room with you and told them to jam. Having listened to previous recordings put up on their Myspace its really to notice just how the band have evolved and progressed, giving this latest recording massively more depth and character.
Despite the staggeringly low and generous price tag of exactly nothing, theres no doubt I'll still be throwing some cash their way and picking this up on vinyl when its released next month.
For Fans Of; Sleep, Grief, Weedeater, Kamni, Elder, Ahkmed
Website • Myspace
The Speed Of Smoke (320kbps)