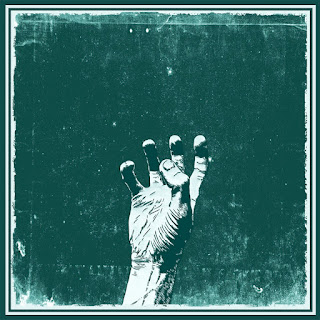 I first happened upon No Anchor a while back when I picked up their 2009 release Steam - a dark brooding, occasionally screaming 5 track EP. So it wasn't too much of a surprise to me that ild have a bit of a strange one on my hands here... I'll tell you now, if you can imagine a The Melvins getting together with The End and playing a mix of Isis and Black Pyramid you'd be astonishingly close to to what Real Pain Supernova sounds like. The mind truly boggles at how varied and diverse this album is.
Mastered by Mell Dettmer who's worked with the likes of Sunn O))) and Boris, its the 4th release by the Aussie post rock-doom-sludge monger trio and it really is a belter!
From the beginning of the first track its difficult to gather just what you're in for - Slow bass and an unusually complimentary up beat drum line are met with with vocals that echo that of Black Francis (The Pixies) before taking a dark and screaming turn more in the style of Norma Jean. The pace ducks and dives through the whole of the record with huge fuzzy riff heavy build ups before plummeting back to earth with down tempo moody soundscapes and ambience. You could never be accused of pigeon holing these guys, there's just way to much going on. Like many sludge bands over the years that element of punk is certainly there with No Anchor, but unlike any other sludge band I can think of its fused with a touch of post rock mellowness and the occasional ferocity of hardcore. I tried to describe the album to a friend recently. The best I could come up with was 'If The Pixies had all been schizophrenic, hooked on PCP and challenged to get signed to Southern Lord they would have probably sounded like this.' So if that hasn't sold it to you nothing will. In short this is definitely one of the most unique albums I've heard over the last couple of years. Its slightly different to what I would usually put up, but its something a bit special and well worth getting your hands on. Plus it doesn't hurt that the guys can still crank out some damn catchy riffs too.

Go have a browse of the band's pages and download this awesome little piece for a price of your choice! Or like me, go one step further and have a search for it up on super limited vinyl - Lovely!


For Fans Of; Isis, The End, The Pixies, Torche, Sun Of Nothing