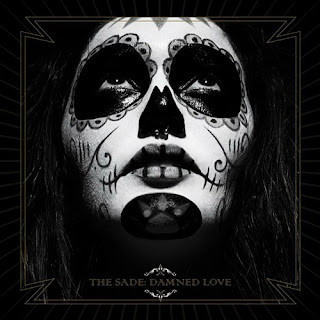 Right, the last few posts have been slightly leaning more toward the post rock/ambient side of things. But fear not Im here to get things on a more stoner rock path... So I present to you... The Sade.
The guys have been around for about 3 years, but this is the Italian power trio's first full length album to date. Its a 13 track album, pushing the 45 minute mark, so you cant accuse the band of slacking off all this time.
I've got to say Im so glad I found this album, it ticks all the boxes of something I've been looking for for a while - its all heavy blues/southern rock with a unique foreign twist. Something a little bit different yeah, but it really works. In recent years a lot of bands around Europe have picked up the desert rock style and ran with it, The Shooters, Bandito and Howler Toad to name just a few. Fair play to them, they've manage to take a predominately State side genre and make it work else where, and work really well to boot. But few bands over this side of the pond really took on a bluesy/southern rock kind of style of their own and made it work exceptionally. The Sade are an exception. Complete with harmonica backing and a great occasional blue grass twang, the chaps have not only managed to execute an awesome bluesy style, but successfully fused it with a Misfits-esque punk tone and feel. Granted that sounds weird on paper, but bear with me. A bit like Turbonegro, that slightly punky sound and good old rock riffage is there in absolute bucket loads, but without the often questionable subject matter of the lyrics. The clash of styles works insanely well, surprisingly some would say.
This is a blindingly good debut. Its like it was perfectly crafted to drive to. Catchy guitar licks, foot pounding drums and furious vocals... Lets just hope they can keep it up for the second album. If you want some southern rock played by what sounds like a foreign Danzig then I really think you're gonna love Damned Love.
The album's out now, but theres also a vinyl pressing in the pipeline. Head over to Go Down Records to pre order it... I will be.
~ Jay
For Fans Of: Danzig, Orange Goblin, Motorcity Daredevils, Turbonegro, Whiskey Six
Website • Myspace • Facebook • iTunes
Damned Love (192kbps)