Their Answer To Everyone... 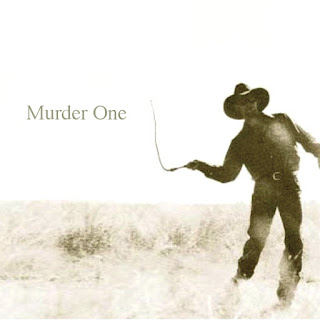 The early 2000's were quite kind to the British metal scene. Things had turned for the better, nu metal was slowly burning out and the acts doing the rounds in the UK were not only getting heavier but also getting more coverage to boot. I personally think this was in no small part down to Iron Monkey. The guys paved the way and influenced many of the bands that seeped out the wood work in the following years and the media, suddenly realising they'd not known what they'd got til' it was gone, lapped it up.
In the years post Iron Monkey's demise Johnny went on to front a few bands; Armour Of God, My War and this, my personal favourite Murder One. Obviously the projects were all abruptly cut short following his untimely death but Murder One continued, firstly with guitarist Mark covering Johnny's vocal duties before then recruiting John Loughlin (from the mighty Raging Speedhorn) for a full time position. The band stormed forward, touring relentlessly and in 2006 released their first and last full length album entitled Some Things Are Better Left Unsaid. But for the moment lets stick with the first EP.
It may only be a 4 track debut but it was truly brutal in every Iron Monkey esque sense of the word. Johnny's awesome deep growl is there in all its glory but now it was joined flawlessly with Paul Catten's very unique and distinct style. The two worked perfectly together and coupled with the often sinister subject matter of the lyrics the end result was savagely dark and violent. Johnny put his all into everything he did, theres evidence of this in pretty much every bit of material he recorded. But when you listen to the track Answer To Everyone it really feels like he knew this would be his final chance to attack all the idiots and haters that ruined everything that had come and gone in the few years prior and he'd pushed that little bit harder. Years of frustration, illness and being screwed over had built up to this moment and he was determined to have the final say.

For Fans Of; Raging Speedhorn, Burnt By The Sun, Charger, The Chariot, Soilent Green

Email ThisBlogThis!Share to TwitterShare to FacebookShare to Pinterest
Labels: Metal, Murder One, UK