Hail To The Kings... 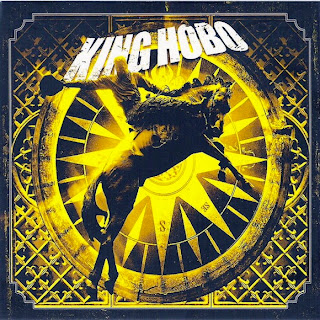 Oh boy am I glad I re-found this album! Not only is it one of those sorta unheard about supergroup kind of projects but it also kicks all kinds of ass nine ways of sunday.
So sit tight, here's the back story... Back in 2005 at the short lived Sounds of the Underground festival kicked off its first year. Pretty quickly certain musicians, namely Per Wiberg (Opeth) and Jean-Paul Gaster (Clutch) decided the lack of bluesy funk to the tour was beginning to get to them. So they put out an open invitation to anyone like minded to come along and jam with them. It went well... and following the end of the tour Wiberg took bit of a leap of faith and got some friends around to a rented house in Sweden where they continued to jam. So with the addition of Thomas Juneor Andersson (Kamchatka), Ulf Rockis Ivarsson (Beat Under Control) and Eric Oblander (Five Horse Johnson) King Hobo was born!