With A Little Help From Our Friends... 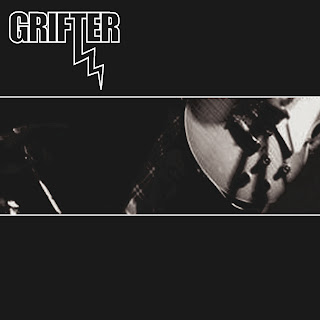 Ok to start 2012 off it appears I deemed it prudent to drunkenly break my arm in several places. Well technically I did it in the last couple of days of 2011 but I didn't bother going to hospital until last week. Anyway, as you'd expect typing is currently a bit of a struggle, but fortunately Todd from Ripple Music has kindly stepped up to the plate and helped us out with some reviews and content. What a man!


Captain Zen Beyond has called them “the best classic rock band around” and the album “brilliant without any weak points.” The Obelisk says they “sound like fans of 70′s rock creating their own riffs and grooves to universal appeal.” Classic Rock Magazine has seen their brand of irreverent rock to be fitting enough for one of their cover-mounted compilation CD’s. Grifter has taken the world by storm with their new self-titled album of gritty, blues-based biker rock and you need to know what the fuss is all about! Available now through the Ripple Music Store and available world-wide on October 3rd through Clearspot International in Europe and Code 7 Distribution in the UK, Grifteris the album that will fuel every high-octane weekend party and chase away the doldrums of everyday life!
This eleven track album is the band’s first full-length effort with indie rock label Ripple Music, however, Grifter’s unique one-foot-in-the-gutter, sleaze rock sound first appeared on the Ripple roster with their dual contribution to the Heavy Ripples, Vol. 1compilation released earlier this year. To fill out 2011, Grifter will be performing numerous shows throughout England, as well as preparing for a tour of UK and parts of Europe for 2012.

For Fans Of; Mountain, Cactus, Scissorfight, Clutch, The Sword