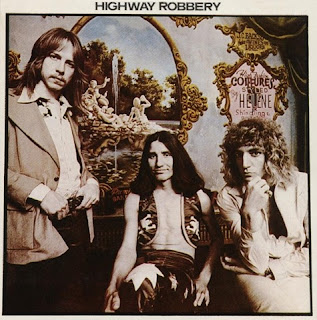 I must thank the guys at Sludge Swamp for the download link to this little retro gem.
About 2 years ago my best mate headed over to the States and at some point wondering around Texas he stumbled upon this record. Since he played it to me Ive been in search of the damn thing... in vain. Never the less, Ive finally found a download so that will have to do for the time being.
The Californian trio formed in 1971 and unfortunately only ever released this single album. I know the lead guitarist Michael Stevens went on to be in a band called Atlee but as for the rest of the guys... god knows. So as far as a detailed bio on the band goes, you can go check their myspace.
If you love some early 70's high vocal classic rock in the style of Budgie and such like you should definitely give this album a listen.
For Fans Of; Atomic Rooster, Foghat, Cactus, Wild Turkey, Mountain
Myspace