Clash Of The Titans... 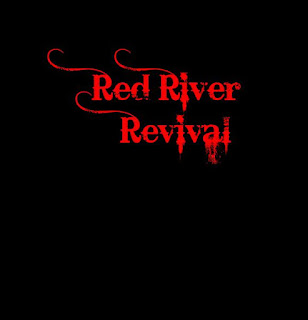 So what happens when you take a couple great bands and get jamming? Well yeah, history has proven that despite all the best intentions you can have all the right members, but not necessarily in the right order. Them Crooked Vultures for example... Sometimes it just doesn't cut the mustard. But occasionally the right guys can hit the nail square on the head and created something of pure unadulterated awesomeness; Down, Probot, Old Man Gloom, its not really a short list. Luckily for Red River Revival they can rest assured they slip quite easily into the latter.
With guys from Artimus Pyledriver and Superjoint Ritual, surely something epic would always be on the cards? Naturally Phil Anselmo seems to think so, signing them to his record label Housecore Records joining the likes of giants such as Eyehategod, Soilent Green, Crowbar and latest super group Arson Anthem. As you'd most likely expect they have a distinct dirty southern metal sound. Like a more up tempo Down or Orange Goblin if they were to have hailed from the deep south. The demo's a little rough around the edges, but if its anything to go by I cant wait for these guys to head to New Orleans and lay down their first full length album, all under the watchful gaze of Mr Anselmo himself.
For Fans Of; Artimus Pyledriver, Maylene & The Sons Of Disaster, Red Fang, Down, Wo Fat
Myspace
Master Mix 2 (160kbps)