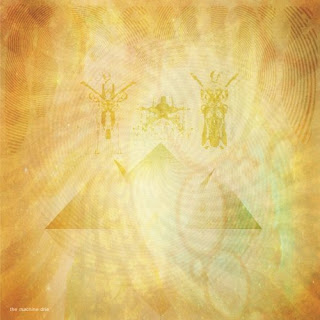 Sometimes you just want to chill out with some mellow psychedelic desert style jams right? Well this little number should do the job. The second album from the talented Dutch power trio The Machine. I was a little late picking this up, as it was initially released in December 2010 but I held out for the vinyl press which followed in the middle of January. Unfortunately they've limited the pressing to just 500, so trying to get hold of a copy even just 2 months down the line has proven to be problematic. But thats just really a testament to how good this record actually is. Flowing through waves of stoner rock, retro psych and the occasional tones of acid blues the trio really take you on a trip. They seamlessly merge from short bass heavy chugging tracks to 15+ minute ambient acoustic driven ballads... But dont be alarmed, these guys make it work.
If any of you are lucky enough to be in or around Holland next month you will be able to catch these fellas doing their thing live at the Roadburn Festival. Well worth checking out, I assure you!