From A Land Down Under... 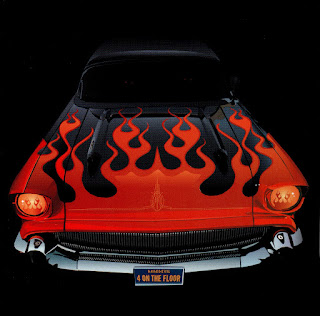 AD/DC, Wolfmother, The Datsuns... Men At Work(?) Just a few great bands to hail from sunny ol' Oz, and now Daredevil could be put on the same mantle.
Formed back in 1998 the band now sadly seem to be defunct. Bit of a shame really given their small body of work never really seemed to get the chance to break out and reach a wider audience. Fortunately they did manage to knock out a couple of full length albums and one or two EP's before parting company. This particular release was a thumping little 4 track EP released way back in 2001. Even though its relatively short its a great example of what the guys were capable of. Elements of blues, stoner rock, desert rock and psychedelic are all immediately apparent in the first 3 tracks, then to top it off, a cover of Thin Lizzy's Jailbreak. Naturally not a patch on the original but they do manage to make it their own without sullying Phil Lynotts legacy.
I will get around to putting up the rest of their works over the next few months so if you dig this keep checking back.
For Fans Of; The Desert Sessions, Spiritual Beggars, Blowback, The Soulbreaker Company, Lamont
Myspace
4 On The Floor (196 kbps)