Rainbows Are Free - Believers In Medicine (2011) 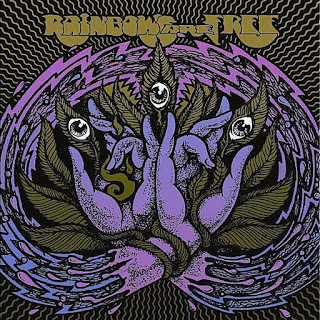 Now I know not to judge a band by their album/EP covers, I learnt my lesson with Lonely Kamel. But the same can be said about band names. So, on paper you may be excused from thinking Rainbows Are Free may appear to sound like a Village People tribute band, but they're far from it. Obviously. These guys have balls. Ok, the Village People had 'balls' too, they loved them, but thats in a whole different way.
Straight out the gates these guys blast your ears with a mix of classic rock and stoner psych. Kistler's vocals sound like a clash of Axel Rose and Robert Plant, which as strange as it sounds works perfectly with the southern rock undertones. The entire recording is bathed in a retro feel, just listening to the first couple of tracks you'll notice a distinct influence from the likes of Sabbath, Zeppelin and Mountain. But in the same token you'll also catch simular smatterings of more recent bands like Down and Clutch.
An awesome piece of work from every angle. Give it a listen then rush over to Guestroom Records to grab a copy of the cd, if theres any of the 500 that were pressed left!
For Fans Of; Valley Of The Sun, Lonely Kamel, Sesiones Ácidas, The Dust Bowl, Bourbon River Bank
Myspace