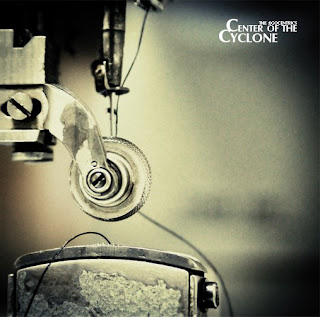 Here's a first for the blog, a band from Romania, and if these guys are a testament to what's coming from the place, they won't be the last up here either. But just a heads up, for the best part the album is instrumental. For some reason this bothers some people no end. I can't say I understand why, there's some epic instrumental bands out there - Karma to Burn, Yawning Man and Taiga to name just a few. But each to their own, and anyway I digress.
Being as I've not reviewed, or to the best of my knowledge, even heard any other bands from Romania I can't really compare them to anyone else from the region. That being said, these guys may not be known particularly well but they're fusing genres and creating material easily on par with the more established bands of a similar ilk such as Pelican or Red Sparowes. Thats not too bad a feat for a band thats only been around for less than half the amount of time and only have two members. Their debut was understandably met with great critical acclaim and they certainly haven't failed stepping it up a gear with this new material. So what can you expect from this Romanian psychedelic duo this time around? Well, nothing less than huge slow cosmic waves of ambient blues mixed with desert rock riffs and the occasional sampling of vocals. A epic soundtrack to an imminent apocalypse - dark, brooding and yet achingly catchy all at the same time. Something that many bands aim for but rarely ever end up hitting the mark with. An album of absolute brilliance from start to finish and one heading straight into my selection of the best of 2011.

~ Jay
For Fans Of; Pelican, Red Sparowes, Windmills In The Ocean, Domo, Sungrazer
Website • Myspace
Center of the Cyclone (280kbps)