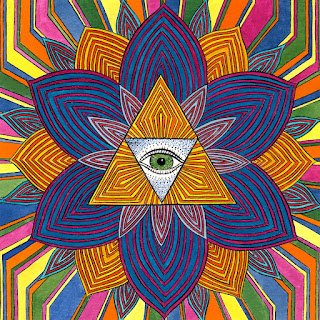 They say imitation is the sincerest form of flattery, but there is absolutely no shame when the band concerned is the Black Keys. After last year’s release of their self-titled debut album, London-based blues four-piece DeepSeaGreen return with the superb six track EP Valsorda.  It’s really no surprise to see who they have been influenced by. There are shades of 60’s Hendrix and 70’s Zeppelin, up to the sounds of modern day bands such as the Black Keys and Black Rebel Motorcycle Club. In truth, that is the greatest accolade you can award to the production of Valsorda, is that it could well have been recorded anytime in the last 40 years. There is a fantastic fusion of mellow, retro blues combined with dirty riffs and brilliantly raw vocals courtesy of Trent Halliday.  Undoubtedly the jewel in the crown of Valsorda is ‘Over Song’ – the shortest song on the album, but littered with catchy riffs and lazy, husky vocals throughout. ‘Coagula’ takes things a little slower, whilst ‘Nowhere To Hide’ is everything what DeepSeaGreen are all about, and subsequently contributes to an absolutely filthy blues sound.  Unusually for a band of their genre, all but one of the six tracks pushes the four minute mark, but that is too no detriment to the quality of the EP. It’s utterly faultless. Like the Black Keys? You will absolutely love this.