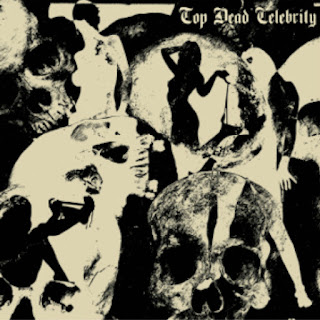 Firstly, I've got apologise to our newest writer Jeff for kind of hijacking his debut review. Well not hijack, but foreword is really a better way of putting it. But I love this band. They're awesome and incredibly underrated. Their second album, 'Midwestern Rube' went straight to our top 10 of 2011 at number 1 and is still there now (just click the artwork to the right to see the review). Hailing from Utah, they're also our very own Jeff's neighbours and friends, so there really is no one more fitting to review this, the bands first album. So without much further ado...


~
For my first music review on RWTD, I chose one of my favorite albums of all time. TDC’s first self-titled release from 2009 on Exigent Records. Jeff Anderson, lead vocals and guitar, is an emphatic musician. His lyrics are guttural yet easily understood, and his songs tell a coherent story. They rock you right into your face holes. The sound stage of this album is deep and hits you right in the gut, like being stabbed repeatedly with a very large dagger. From fast paced songs like “Illuminati” and “Lucifer’s Hammer” to almost Pink Floyd-ish on “The Animal” which is 11:37. Top Dead Celebrity has a ghoulish undertone to their music, it makes my hair stand on end, like walking the catacombs of Paris alone. I have to say too that they are just as good and polished live as they are recorded. Their musicianship is extremely good. Their drummer is excellent, with very powerful, intricate work. The studio work is impressive and the edition of Jack Burton, Big Trouble in Little China bits on “Six Demon Bag” is interesting and fun. With the depth and strength of their musical abilities, I am astonished that Top Dead Celebrity is not part of all you, the reader’s music collections. They are readily available on Itunes or CDbaby.com as well as on Facebook. Go, go now and get this!
Cheers.