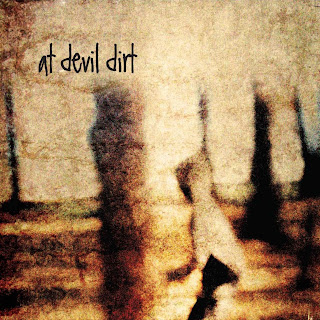 Holy crap this is one hell of a dirty, fuzzed out monolith of an album! Don't misinterpret that as this being an ambient/drone kind of offering though, because you'd really be miles from the truth. It's got all that biblically monstrous fuzz akin to the kings of drone Sunn O))), but its also dripping in style and groove. It's like desert rock, played to a sludge tone with vocals somewhat reminiscent to that of some 90's psychedelic rock. The more I listen to this album the more it's strikes me as being utterly remarkable. The guys have managed to adopt a tone and tuning that Eyehategod would be envious of, command slow chugging riffs on a par with Sleep and tripped out hallowed vocal sound much like a bleak Alice In Chains. Oh, and when I say 'guys' I mean that in it's simplest of terms, because all this remarkable work and talent is the product of just two guys! It's almost beyond comprehension. Everything feels so layered, full and perfected despite there only being drums and one guitar, it's hard to believe there's just two of them.
If you don't mind the majority of the vocals being in Spanish (unless that does happen to be your native tongue) you should really dig this album. Hell, even if you are bothered by not being able to understand all the lyrics I guarantee that this album with still make your jaw drop. I barely understand a word of whats being sang but the pure furiously and aching groove that seeps out of every single second of this record is more than enough for me to whack it straight into our top 10 of 2011!

I urge you to not waste anymore time and head over to Corvus Distro and pick up a copy of the album on cd, not only because it's fantastically awesome but it's also limited to just 500 copies!