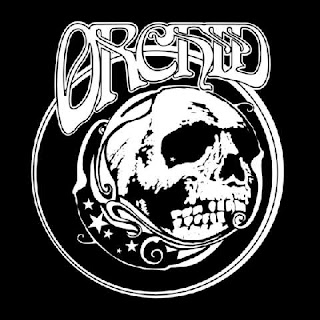 Right ladies and gents. Mostly gents I'm guessing actually. But still, shut up and listen. This will be the first of a bit of a two parter, so remember to check back...

While trawling bandcamp this week I stumbled upon these guys listed under 'traditional doom'. I'd seen their artwork before but had never got around to really checking them out. But being the ever the inquisitive fellow I just had to hear what actually constituted 'traditional doom', so I downloaded the first release by this San Franciscan quintet.
Straight out the gates you can hear that Orchid clearly rate Sabbath as one of their main influences. So much so that the opening riff to Into The Sun that just resonates of Symptom Of The Universe to the point where it totally feels like a homage. Nothing wrong with that. Hell, without Sabbath I'm sure half the our favourite bands and this very blog wouldn't exist. So kudos on that front.
As for the rest of the album, well it positively oozes of classic retro rock with smatterings of 80's garage. It's only 4 tracks, but they're all blinding! Check back on Friday for the guys follow up album that they released at the start of the year...