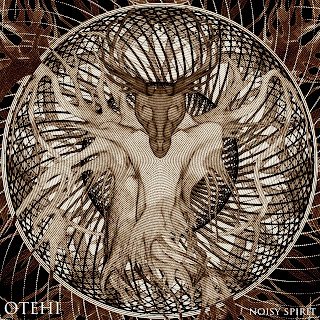 These chaps dropped me an email requesting a review while I was away, and I'm really glad they did. Not only because they're followers of the blog but because this trio produce some of the best trippy experimental stoner rock this side of the western hemisphere. Like prog infused with an underlying funk, the best description in terms of a suitable genre would have to be 'post desert rock', which I'm quite digging to tell the truth. But to be honest, I've racked my brains and I can't really figure out any other suitable description. The copious amounts of fuzz that bathe the equally copious amounts of distorted and echoey riffs really deserve nothing less than being compared to a mix of Nebula and Tool. Lyrics wise, it's all a little sparse, but this is totally forgiving when the tactile delivery of each instrument combine to paint such a vivid acoustic picture. A picture that twists and turns, beginning with the opening track Monolith e Monolith - a furious opening filled with distorted guitars, prominent crashes and echoed vocals before winding down to an ambient fuzz that sort of prologues the middle of the album through a slower, somber and darker tone. The pace soon picks back up with the second from last track Savage Land which throughout erupts with a haunting stereotypical stoner riff that will be guaranteed to still in your head for the rest of the day upon hearing it.
The guys have managed to perfectly capture in equal measure all those nuances so prominent in mainstream ambient post rock and successfully intertwine them with and widely balanced stoner rock tone and furiously. It's cracking!