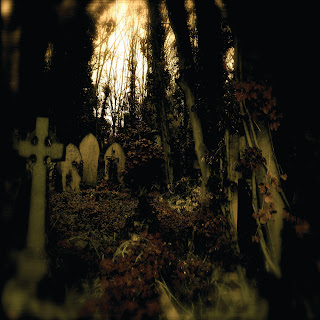 Diego from the band himself hit me up with this little gem, and damn I'm happy he did!
Hailing from Italy this post rock trio instantly make it clear that they have mastered the art of producing churning soundscapes. Thats no mean feat either. Trying to keep the listener hooked with predominently  instrumental tracks for nigh on 40 minutes is not as easy as it may seem. Few up and coming bands often fail to hit the nail on the head. Luckily Ivy Garden Of The Desert are not one of those bands.
Starting of at a mellow pace the album almost lulls you into a false sense of security, the slow beat and gentle guitars yearn of an early Yawning Man kind of feel. But once you hit you hit the 3:30 minute mark the tide turns and the tempo picks up. Now this is often where many bands mess up, trying to hit you with a barrage of unpredictable riffs and up beat drums that either just don't quite cut the mustard or sound massively out of place. Not here though. The build up is perfectly timed and executed.
In terms of vocals, the album is a little sparse, but not in a bad way. You don't here a voice for way past the first 10 minutes of the record but when you do it works and fits in well. Sounding somewhat Eddie Vedder-ish, you can easily tell as much time has gone into telling a story through the music as it has with the lyrics, quite a rare quality these days really. The contrast between the two sections is ideally balanced too, this is in no small part down to Diego's fantastic vocal tone that treads a fine line between moving and haunting, complimenting every other aspect of the album and bringing it all together. It swims through a variety of genres too, taking a little something away each time. You can quite easily pick out elements of psych, blues, doom, drone, classic prog and desert rock throughout the whole record almost like they're all patch worked together. Yet despite this nothing seems to throw the album of course. Kudos!

This is quality little release from a band that clearly have bucket loads of potential. Whats more, its also available through our friends Nasoni Records on lovely vinyl, though limited to just 500 copies. Im getting mine, you should too!