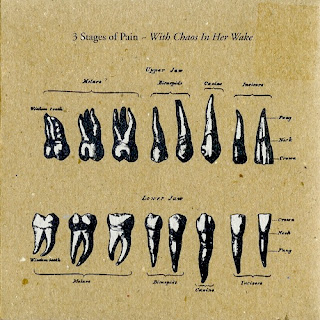 Not so much of a retro entry here, just going back a few years. Well, nearly 10 to be precise. But still, it's worth it. You'll see...

Right, lets set the scene a little. It's 2002, and the UK metal scene is in full swing. Sadly the sun had set on the mighty Iron Monkey but their inspiration lived on in a variety of new and aspiring acts including (but not only); Johnny Truant, Charger, Raging Speedhorn and these guys. Hailing from Doncaster, England (for those of you not in the UK, thats up north) the 5 piece firmly straddled the stoner and hardcore genres. Fusing frantic screamed and roared vocals and a slightly faster paced stoner influenced metal composition the end product was truly brutal. A brutality which they also brought to every single live show I witnessed them at. Like a clash between Refused and Unsane - Manic and heavy yet nicely veering away from all the off beat discordant technical bull. The best way to picture it is if you were to imagine if Converge has just taken their influences from the likes of Sabbath, Motörhead, Metallica etc etc. Or in other words an English Doomriders.

You'll love them. Trust me.