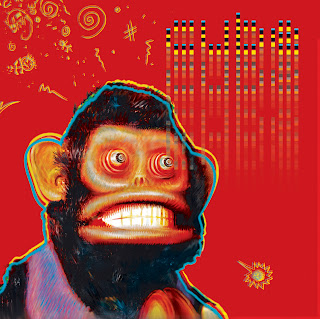 I will confess, when I was sent this I did take one look at the cover art and think "Awww, this ain't gonna be to my liking...". I'll bet my bollocks to a barn dance that some of you thought/are thinking the same thing. Well more fool me, because just give it 12 seconds... Really, thats all it'll take to win you over. The open riff to track one, Drive really paves the way for the rest of the album. Laying out a meandering mellow(ish) southern rock tone interspersed with the occasional funk riddled bass heavy break downs more commonly found on Chilli Peppers albums. It does work and the guys do manage to pull it all off successfully without clearly ripping off anyone else's style. The diverse mix of heavy rock, funk and even lounge meshes together pretty flawlessly throughout the entire record but occasionally it does sound a little bit hollow. They nailed the art of classic stoner riff, their psych infused fret work is spot on and they ooze more funk than Bootsy Collins's flairs, but I can't quite put my finger on whats missing, if anything at all. Maybe, it's trying to be a little too ambitious and therefore spreading itself too thinly? I really don't know, but don't get me wrong, it's an absolute cracker of an album. The guys show a real promise and a talent second to none. If they can progress even more on the next album then they'll definitely be up there giving the big boys a run for their money!
You can pay as much or as little as you like for the digital download, or part with the measly price of just $12 for a lovely (limited edition run of just 250) vinyl copy. Bargain!
~ Jay