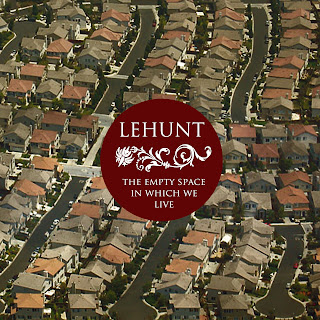 I always feel somewhat of a fraud when it comes to reviewing hardcore bands, not because I have to lie through my teeth or anything, but just because I'm generally not all that savvy when it comes to the genre. I've just never followed it with much attentiveness, so I always feel a little under qualified to actually wax lyrical when something like this arrives in my inbox. That being said, I find myself the lone writer on the blog once again, so y'all can go screw yourselves and take what ya given.
I will say this about Kansas's hardcore trio, their first outing really made me sit up and listen, which is very much a compliment coming from me, so when the guys dropped me a line I'll go as far as to say I was somewhat intrigued. Yeah, I know that that's quite the subdued exclamation, but remember this is coming from me, so it really should actually speak volumes of the band themselves.
Straight out the gates you can hear how the band have progressed from their debut EP The Prototype. The production's been clearly beefed up and mix is as close to perfect as you'll find from any band from any genre. But the improvements haven't just stopped there. All that bellowing anger has once again returned, by the bucket load, but everything all feels somewhat more disjointed than before, not so much in the vocals themselves but the general structure. Where the first outing felt more like an early Norma Jean this follow up, to me at least, feels like Converge lin comparison. I know to you more seasoned lovers of the genre out there thats probably like comparing apples to oranges, but like I said, screw you I'm doing my best here. There's also certain little elements of typical post rock that occasionally poke their heads out of the parapet in between the almost relentless bombardment of Jacob's roared vocals. Nothing too obvious or heavy handed, just little nuances and chords here and there that serve well to slightly break up the ferocity before it all gets too much.
Andy absolutely loves these guys and he truly knows what he's talking about when it comes to hardcore and its plethora of subgenres. So baring in mind this blows their first release well and truly out the water, I'd say you're in for a bloody good treat here!
~ Jay

The Empty Space In Which We Live (320kbps)